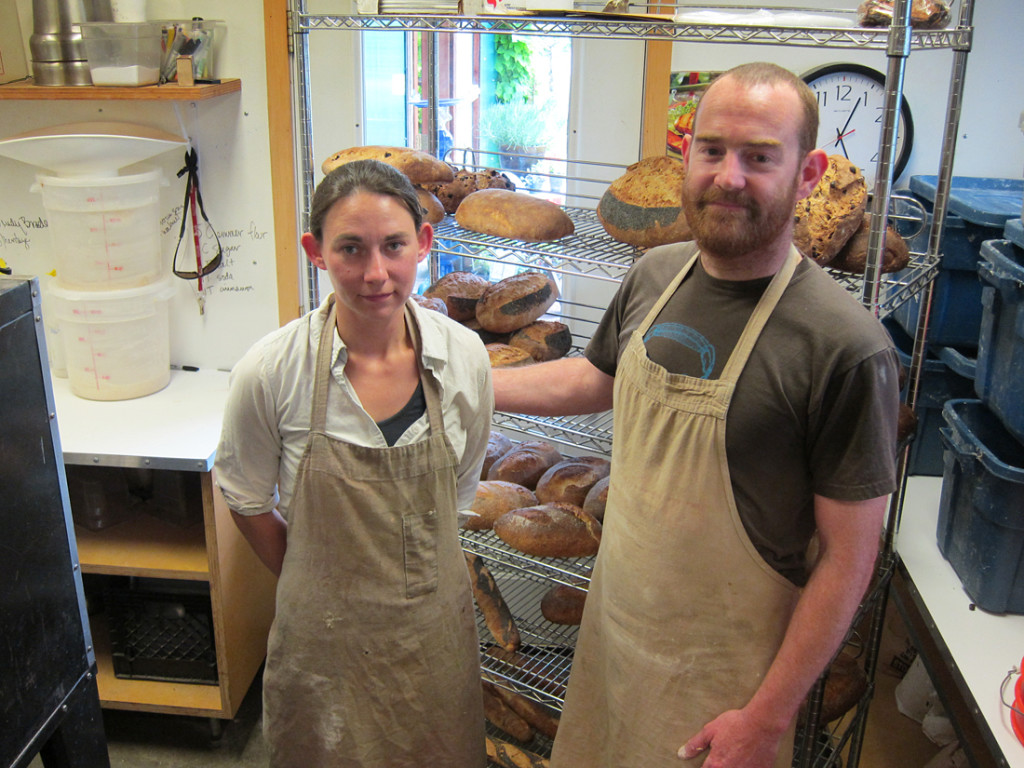 Methow Valley Farmers Market patrons who are already familiar with the artisan breads, croissants and cinnamon rolls from the Okanogan Bakery can now appreciate that those goods are even fresher out of the oven.

Bakery partners Thomas McGregor and Joelle Hartke recently moved their operations from Okanogan to the Local 98856 building in Twisp, where they will continue their wholesale and catering businesses but won’t have a retail presence.

It’s a return to the Methow for McGregor and Hartke, who opened the bakery in Okanogan about four years ago. Before that, McGregor was the banquet manager at Sun Mountain Lodge and Hartke was his assistant.

The bakery will continue selling at regional farmers markets and at retail outlets, McGregor said. Okanogan Bakery specializes in hand-mixed breads using local ingredients. McGregor said that he and Hartke hope to diversify their products now that they are in the valley.

McGregor said he developed a passion for baking during a tour of Europe years ago. He previously wworked at bakeries in Cashmere and Edison.

McGregor and Hartke, who have a 13-year-old son, still live in Okanogan but plan to move to the Methow soon. They intend to be active in the community, McGregor said.

The partners did well in their Okanogan location, but McGregor said they found that “we were quite a ways away from our customers.” McGregor said the Local 98856 space is smaller but more efficient. “It fits us perfectly,” he said. “We are extremely happy to be in the Methow Valley.”