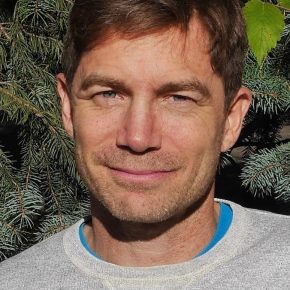 By Dave Marston During his 50 years in rural western Colorado, Jamie Jacobson has seen a lot of flooding. While caretaking a farm in 1974, Jacobson watched three acres of its riverfront float away. More recently, it’s been drought, and then worse drought. Jacobson farms on Lamborn Mesa, perched above Paonia, population 1,500. He keeps […]

Most of us long ago accepted that we would have to pay to play in our national forests. They are chronically underfunded by a stingy Congress, and don’t generate enough revenue through activities such as timber sales to cover operational costs. So, we pay usage fees at recreational sites such as trailheads, campgrounds, fire lookouts, […]

By Jeff Milchen / Writers on the Range Colorado’s elections are a bipartisan success story, so when Major League baseball responded to Georgia’s new voting restrictions by moving the All-Star Game to Denver, it couldn’t have made a better choice. More than 76% of eligible Coloradoans voted in 2020 — second only to Minnesota in statewide turnout. […]

Three major civic construction projects, in various stages of development, offer lessons on how difficult it is to bring even the best ideas to fruition. Each project is meeting a clear need and has generated community support. Each has faced uphill struggles related to funding — and each is solving that challenge in a different way. Closest […]

There must be accountability. It must be swift, certain and appropriately punitive. Those who plan, promote, take part in or immorally support a violent coup attempt aimed at the heart of American democracy deserve no leniency. The Trump cult traitor terrorists have earned all the condemnation, disgust and force of law that is now their […]

A brief moment Our 4th District Congressman, Dan Newhouse, is drawing outraged criticism from many of his constituents. In this instance, he unnecessarily brought it on himself. Newhouse was one of 126 Republican politicians who endorsed an amicus brief supporting the Texas Attorney General’s election lawsuit against the election outcome in four states. The congressman […]

Feliz covidad It’s been a hard nine months. The next few are going to be harder. It’s our first pandemic holiday season, political tensions are extreme and will continue that way well into 2021, and then we’ll be coming up on the first anniversary of the first round of state-imposed COVID restrictions and recommendations. Where […]

Not too tired to care We’re weary. It’s evident when you talk to people, read emails, gather around Zoom, follow the news, track the social media contrails. It’s been an unimaginable nine months. It would have been politically tumultuous no matter what. Layer that with the coronavirus pandemic, which didn’t have to be so catastrophic […]

Cautionary fail Well, it’s something. And depending on how the word is emphasized out loud, “something” could mean just about anything — from praise to scorn. We’ll leave it to you to draw your own conclusion after reading the county commissioners’ proclamation, issued last week, that was intended to connote unity on a responsible approach to combating […]

Damian Radcliffe is the Caroline S. Chambers professor of journalism at the University of Oregon. This article is republished from The Conversation under a Creative Commons license. Guest Column: COVID-19 has ravaged nation’s newsrooms By Damian Radcliffe Many newsrooms across the United States will be quieter places when journalists return to their workplace after the […]