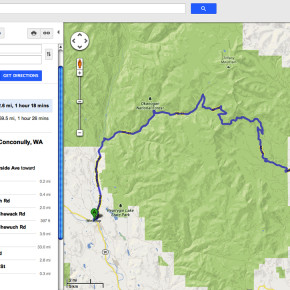 Google Maps sends travelers via Forest Service roads as the first option to get from Winthrop to Conconully, although those starting in Twisp are directed to take highways.   BY MARCY STAMPER Increasing reliance on web-based maps and smartphone apps means conveniences and risks – some serious – for people unfamiliar with local roads. Two […] 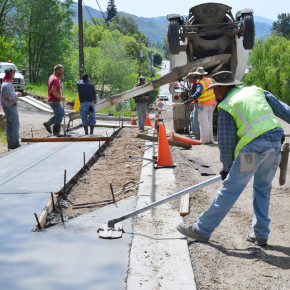 Photo by Laurelle Walsh   BY LAURELLE WALSH Winthrop’s Castle Avenue street improvement project should be complete by Friday, June 21, according to contractor Bob Lloyd. After pouring the sidewalks on Monday and Tuesday (June 10-11), the plan was to pave the street today (June 12). That will be followed by smaller “clean-up” jobs to […] 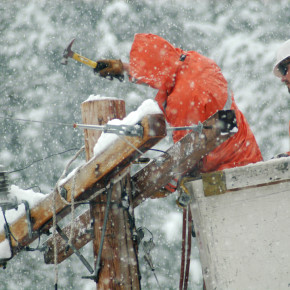 Okanogan County PUD commissioners are hammering out a budget to cover shortfalls. File photo by Sue Misao   BY MARCY STAMPER Plummeting prices for power on the wholesale market, overly optimistic projections about growth, numerous capital projects and a coming increase in what it pays for electricity have the PUD relying on borrowed funds and […] 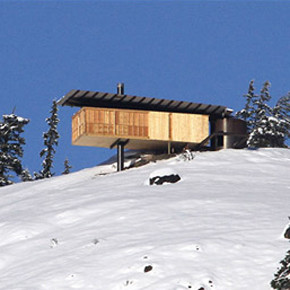 BY DON NELSON The owners of a small cabin on Flagg Mountain are seeking reconsideration of a recent Okanogan County Superior Court ruling, asking that two plaintiffs in a lawsuit challenging the cabin’s placement be dismissed from the suit. On May 28, Superior Court Judge Chris Culp ruled that a lawsuit filed to enforce property […]

Photo courtesy of USFS   The U.S. Forest Service is investigating extensive “mudding” damage that occurred at Buck Lake Campground northwest of Winthrop over the Memorial Day weekend. In a press release, the Forest Service said that a meadow near the campground was torn up by vehicles, leaving deep, muddy ruts. Mudding, described by the […]

Flying in at the Twisp airport. Photo by Sue Misao   BY LAURELLE WALSH Generally speaking, a state agency announcing that it’s not changing something doesn’t qualify for much in the news department. But a recent announcement by the Washington State Department of Transportation that the radio frequency used for the Methow Valley State Airport […]

Larry and Ann Ivings’ toaster collection numbers over 100. Photo by Laurelle Walsh   BY LAURELLE WALSH “We probably should have contacted the newspaper a long time ago,” mused soon-to-depart Twisp resident Larry Ivings, assessing the 100-plus toasters that line the wall of his daylight basement. “It just never occurred to us to tell somebody […] 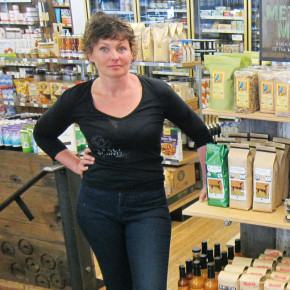 Liu graduates Twisp resident Kimberly Liu recently graduated with Corban University’s class of 2013 in Salem, Ore. Liu received a Bachelor of Science degree in elementary education with a 3.9 grade point average. She was on the dean’s list every semester, student taught at a Salem elementary school, and participated in six of Corban’s theater […]

File photo by Sue Misao   BY LAURELLE WALSH North Central Regional Library’s “Dig Into Reading” Summer Reading Program begins this week with activities at both the Twisp and Winthrop branches. On Tuesday (June 18) in Twisp at 1:30 p.m., scientists from the Pacific Science Center in Seattle present “Rock and Roll,” a program that […]