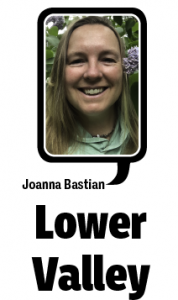 Notice anything different about the Methow Valley skyline?

McClure Mountain is getting a new communications tower. The 100-foot tower will replace the older, out-of-date, smaller towers at the site and will be managed by the Methow Valley Communications District.

The communications district was started in the 1960s by a group of locals working together to bring radio and television signals to the Methow Valley. Mile-high Goat Mountain near Pateros was an ideal starting point with direct line-of-sight to Spokane. Towers on Goat capture the transmission and relay the signal up the valley, first to McClure Mountain just south of Twisp, and then to Grizzly Mountain in Mazama.

The first towers were powered by generators and only connected to the power grid when the Okanogan PUD extended powerlines up the Methow Valley in the 1970s. In 1972, a tax district was created to pay for the maintenance of the communications network that all residents continue to depend upon today for radio, television, broadband internet, cellphones and emergency communications.

I am always amazed at the amount of work done by a small group of locals to make rural living easier for everyone else — often on a shoestring budget. From the first people who had a spark of an idea and worked to bring an idea to fruition and lay the groundwork,  to later generations who continue to maintain older infrastructures and buildout to serve an expanding population.

As I hear the origination stories of local communication and utility providers such as the Methow Valley Communications District, Okanogan PUD, Okanogan County Electric Cooperative, KTRT, Methownet.com, numerous nonprofits, and of course, the Methow Valley News, I am inspired by people who connect our community in ways we don’t always see or appreciate.