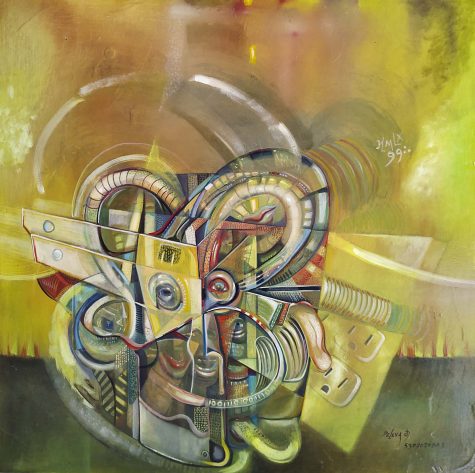 Courtesy of the Confluence Work by Don DeLeva 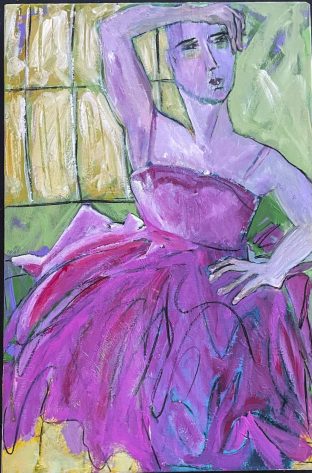 Courtesy of the Confluence Work by Leslie Lanthorn

It’s also the theme of an upcoming exhibit at The Confluence: Art in Twisp.

Curated by Penelope Varn, “The Opposite of Entropy” features abstract, or non-representational, art. Paradoxically, entropy is what comes to mind for some people when they view abstract art. While representational art features familiar images — landscape, portrait, still life — abstract art is composed using the art elements shape, color, line and form in ways that are independent of visual reality. For those not immersed in the art world, abstract art can seem disorderly, chaotic.

This misperception is precisely why Varn wanted to highlight abstract art. “Many artists evolve from being representational to abstract, almost like a destination,” she said. “Abstract art is a culmination of creative order, one of the highest forms of artistic expression.”

Varn explained that technical talent and skill is essential for the successful creation of abstract art. “Artists must have command of and dexterity with chosen mediums,” she said. “They may be able to visualize something they want to create, but if they’re limited by their command of the materials, they can’t bring it to fruition.”

Varn addressed one of the artists who inspired her to curate the show. “I had wanted to do an abstract show and feature some of our abstract artists. One in particular, Brian Sholdt, has evolved so quickly as an artist, I really wanted to show his work,” she said.

Sholdt was a fine jewelry designer for decades, so he was accustomed to the creative design process, but was familiar with stones and metals as his mediums, as opposed to paint and canvas. “When he switched to acrylics, he had to get his legs under him in terms of command,” Varn said. “But then he evolved so rapidly with that; he was able to just run with a whole new medium.”

For “The Opposite of Entropy,” Varn brought in some internationally known artists, as well as an all-star line-up of local and regional favorites: Tamera Abate, Shannon Fharnham, Craig Howard, Joanne Marracci, Mary Lou McCollum, Sholdt, Vern White and others.

Seattle artist Whiting Tennis explores structure and symbolism in his work, while David Hytone’s art can be seen internationally as well as in numerous private and corporate collections, including recent murals at Facebook headquarters. (“I thought Hytone was a long shot,” Varn said, “But he said ‘yes’!”)

Another Seattle artist, Don DeLeva, is not quite as well-known, Varn said, but “his work is extremely fine and at some point in the near future he will be ‘discovered’ and then his pieces won’t be quite as attainable for the average person.”

DeLeva’s work is “very cerebral,” Varn said. “He has this bear of a process. Sometimes I look at his work and think ‘there’s no way a mere human could have created some of the stuff he does.’ Even his simple images take a great deal of command and skill — it takes such artistry to execute work like his.”

Varn addresses the misconception of abstract art as inaccessible. “You don’t have to ‘understand’ it — you can just enjoy it,” she said. “Ask yourself if you enjoy looking at a piece of abstract art. How does it make you feel to look at it? Does it delight you? Confuse you? Bewitch you? Is it pleasing to the eye?”

Varn suggests that modern art skeptics visit the show as an experiment. “Don’t just say ‘I don’t like modern art; it doesn’t make sense,” she said. “Try to wonder about how the artists created the pieces.”

Most of the artists featured in “The Opposite of Entropy” will be present at the exhibit opening, Varn said. “Talk to the artists — they might be able to talk you through something about the work that confuses you or amuses you.”

Especially fitting for “The Opposite of Entropy” is The Confluence’s partnership with the nonprofit Fire Adapted Methow Valley (FAMV), which aims to aid residents with fire-wise adaptations to their homes, although the connection may not be readily apparent to viewers.

“Fire is a vehicle of entropy,” Varn said. “FAMV is focused on preventing the entropy of fire in the Methow Valley.” A portion of the proceeds of the exhibit will benefit FAMV (www.fireadaptedmethow.org/).

Concurrently, Leslie Lanthorn’s solo show “Someone Familiar” will run in the Community Gallery. Lanthorn’s figures are “familiar someones,” even if she can’t exactly remember who they are, a press release said.

“The recognition emerges from her canvas organically, rendered in acrylic paints, surprising her with their playful and yet stoically intimate natures. The essence of the figures is simultaneously masculine and feminine, sitting still, frozen in time like a snapshot, but somehow always vibrating with movement,” according to the release.

Lanthorn attended fine art photography school and spent many years as a photographer, but even when she wasn’t actively pursuing an art career, she found herself engaged in creative pursuits, such as founding and designing Nectar Skin Bar, Winthrop’s boutique day spa. “Whether it’s opening a store or cutting hair, I’ve always had something creative going on,” she said.

During the early COVID days, Lanthorn found that she wanted to learn to paint. So she contacted an established painter friend in Seattle, Peter Juvonen, and asked if would teach her.

Although Juvonen doesn’t typically take on students, COVID shutdowns had opened up some space in his schedule and he agreed to Lanthorn’s proposal. Juvonen taught Lanthorn to paint via weekly FaceTime lessons — a practice that they continue to this day. “I feel privileged to have Peter continuing to teach me,” Lanthorn said. “I painted every day for two years. It has slowed down a little bit now, but I’m just hooked.”

Lanthorn’s representational art complements the abstract art in the Main Gallery, providing gallery visitors with a broad range of artistic experience possibilities, the familiar juxtaposed with the enigmatic.

The Confluence will host an opening for “The Opposite of Entropy” and “Someone Familiar” on Saturday (Sept. 24), from 5-7 p.m. The opening and the exhibits, available through Nov. 12, are free to the public. The Confluence is open 10 a.m.-5 p.m. Wednesday through Saturday. For more information visit www.confluencegallery.org or call (509) 997-2787.

This story was updated on September 28, 2022, to correct the spelling of Brian Sholdt.