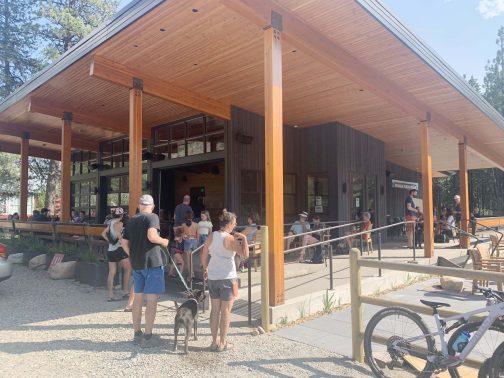 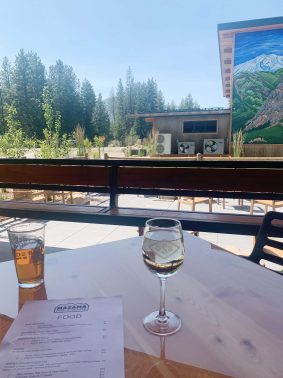 From the deck of the Mazama Public House: a new gathering spot at the far end of the valley. 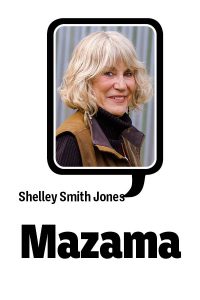 The hills are alive with the sound of music! Well, they aren’t exactly singing, playing musical instruments, and dancing, but the hills and their valleys below are filled with humans basking in the summer sun and listening to other humans producing beautiful sounds in various genres.

Why does music make us feel happy (or sad)? Neuroscientist Alistair Jennings wrote in “Inside Science”: “From a simple, lonely melody to an intricate sonata, sometimes it feels like music can speak directly to your heart, in a language that you don’t know, but your emotions understand. And that’s because music is a language. The language of emotion.”

Longtime Methow Valley resident Jimmy Smith and a few friends brainstormed an idea to bring live music to promote the Methow Valley through an outdoor concert. They started their small Rhythm & Blues Festival with a one-day show held at Winthrop KOA — the headliner: Charlie Musselwhite, a harmonica virtuoso.

The San Francisco Chronicle says of Musselwhite: “(He) raises the level of emotional expression on his instrument beyond even the masters he learned from … (he) richly decorates his music with telling nuance and chiseled detail.”

After a two-year pandemic hiatus, the Winthrop Rhythm & Blues Festival returned this past weekend with Charlie Musselwhite again performing. It was a welcome sight to see the grounds — that were filled with firefighters, equipment, tents, and facilities last year — once again occupied by thousands of music lovers.

Another music lover and event specialist, Mazama resident Skyler Locatelli, along with Leslie Chihuly and Hank Minor, who also hold a deep respect for the power of nature, art and music, had a similar vision to produce their first music event in Sun Valley, Idaho, where all three have roots. “The Launch,” a curated Warm Springs Production event, was held for two days last week and featured Seattle musicians, a wine-paired dinner with live music, concert, light show, and after parties. Those Idaho hills were indeed alive with the sound of music.

A quick trip to the new pub in Mazama revealed a two-day “soft opening.” Word quickly spread and by four o’clock on Saturday (July 16), a line to order reached out the door. Mazamans are thrilled to have a convenient place to gather. The investors and contractors created an inspiring place to sit and enjoy the natural beauty of the surroundings and soon to see these Mazama hills come alive with the sound of music.

Caution: The recent combination of damp then warm weather must have been perfect for the mosquito hatch this summer. The annoying little creatures — so thick that they covered and bit both riders and horses mercilessly — scrubbed an afternoon recent ride at Big Valley.