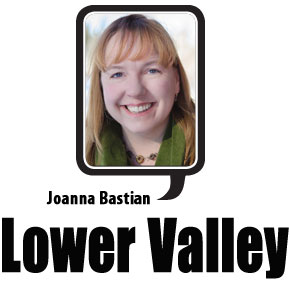 The Pateros Booster Club is hosting a Salmon Bake on Saturday, June 18, in the Pateros City Park along the sunny shoreline of the mighty Columbia. Enjoy grilled salmon fillets fresh off the salmon bake oven at the Methow Monument, along with all the fixin’s of a picnic lunch. Learn about Native peoples in the Inland Northwest, their ties to salmon, and efforts to protect salmon returning to traditional waterways. Festivities and demonstrations start at noon.

Rain and cool weather are a welcome delay to fire season. Speaking of both rain and fire, if this is your first season in a burn area, be aware of rapid runoff and flash floods. Trees and plants that previously held the soil in place were burned — releasing plant waxes into the soil. The wax-coated soil is a hydrophobic layer that can easily slide during heavy rains. We quickly learned about water-repellant soil after the 2014 Carlton Complex Fire. Areas around our home continued to slide for several years until root systems became established. Think of it as shedding dead skin in the shower. Invigorating renewal? Yes. Mountain-sized hazard? Also, yes.

After a delightful walk in a lush area resplendent in flowers and undulating grasses like waves on the sea, I felt a tickle on my leg. A large tick was working its way up my pant leg. The tick was quickly dispatched in a wild dance on my porch as clothes flew off, feet stamped, hair shook, and all warm crevices checked, double-checked, triple-checked, and buddy-checked. After a thorough scrubbing in a hot shower, I scrolled through social media and found tick reports from others. One poor soul was accosted by 30 ticks.

Coyotes play a key role in keeping the tick population in check. Proving yet again to be “a very good boy,” coyotes were found to keep tick populations in check by nearly 80%. A study conducted through Wageningen University in the Netherlands found that areas without predators had 80% more ticks than areas with predators. Coyotes and other predators were found to limit the roaming of mice. Without mice serving as tick taxis, ticks had fewer opportunities to spread.

In urban areas, cat colonies keep the rodents in check. Cat colonies are made up of feral cats that are not socialized and cannot be homed. It’s not an ideal situation, and can be easily avoided if everyone would fix their cat and keep it indoors. Unfortunately, the Methow Valley has several cat colonies. Okanogan Regional Humane works with OK-SNIP to help manage these colonies. The organization runs a Trap-Neuter-Return program to control colony populations. All cats in a community (feral) colony are trapped and receive vaccinations, medical care and are spayed or neutered. The friendly cats are adopted into qualified homes, while the other community cats are returned to the colony where volunteers keep them fed and cared for.

Donations may be sent by mail to Okanogan Regional Humane, P.O. Box 3221, Omak, WA 98841, or online at www.ok-humane.org, or through Facebook at @oksnip. All donations are tax-deductible.