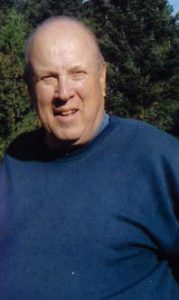 Jerry Sabin of Twisp passed away on Monday, March 21, 2022, at Mid-Valley Hospital in Omak after a brief illness.

He was born in Anamoose, North Dakota, and grew up in Monroe, Washington. He graduated from Monroe High School and attended Everett Junior College, where he majored in electronics. When he received his draft notice, he joined the U.S. Navy. He received his honorable discharge after two years. He then went to work for the U.S. Forest Service, North Bend district, as an electronics technician. He married Sue Rainwater in 1963. In 1968, the family moved to Twisp, where he transferred to the Okanogan district until 1989. After his retirement, he went to work part-time for OK’s Cascade, taking care of their communications.

He was the founding member and first president of the Methow Valley Amateur Radio Club. Ham radio was his first love.

A memorial will be announced at a later date. Please make any memorial donations to Aero Methow Rescue Service in Twisp.