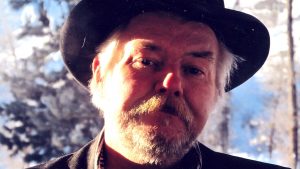 Born in August 1956, Terry Lee Hardesty was the son of Vivian Delores Prince and James Wayne Hardesty. Terry is survived by Linda, his wife of 36 years, and his sisters Susie, Mary Jane and brother David of Washington, and sisters Sharon, Lana and Christine of Ohio. He has many cousins, nieces, nephews and dear friends. Also seven of what we call our four-legged young-’uns. All miss him dearly.

Terry was humble with a huge personality. He came to life when he was playing music. He could make you feel what he sang. Through years of friendship Terry worked with greats like Merle Haggard, Johnny Paycheck, Hank Williams Jr., Kris Kristofferson and many others. His talents were valued by all.

Terry loved his mountains. Fishing, hunting and shooting were a favorite pastime. He’s the hero that was called in times of trouble. Terry would not tolerate mistreatment of a lady, animals or children. He would often quote from one of his favorite movies, “Lonesome Dove,” when Texas ranger  Woodrow Call said “I don’t tolerate rude behavior.”

Our story began sometime in the early 1960s. It was summer vacation. I was visiting my grandfather’s farm in Ohio. Just down the hill from the farm I played with some kids including the little boy with the Mickey Mouse guitar. In 1984 at the NCO club on Elmendorf AFB, Alaska, I met the charismatic band leader. Terry said I danced by, looked up at him and smiled and that was it. He liked to tell about our first date. He took me grizzly bear hunting. It wasn’t  until after we married that we discovered our connection from the Ohio farm so many years before.

We were meant to be.

There will be a graveside service 2 p.m. Friday, April 1, 2022, at the Beaver Creek Cemetery in Twisp, Washington. River Valley Funeral & Cremation of Okanogan is caring for the arrangements.