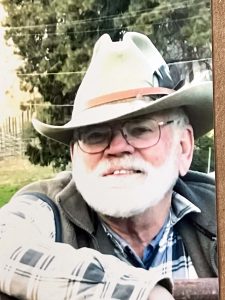 The Methow Valley lost a fourth-generation son when Keith Wilfred Hole died March 17 after spending most of his life along the crystal shores of the Methow River.

Keith was born March 30, 1946, in Redmond, Washington, to Maurice (Bill) and Leah Hole. Keith joined two older sisters and the young family returned to the Methow Valley (where Bill grew up) in 1953. As a valley boy, Keith grew up hunting in the hills, fishing the river and attending Pateros Schools.

After graduation Keith married his high school sweetheart, Nancy Brumbaugh, and joined the U.S. Army, where he served three years, including 18 months in Korea. The young couple returned to the valley, bought an apple orchard and had three children: Amy, Brian and Leah. Keith began working for the U.S. Forest Service during the 1970s, eventually working in timber administration in the Twisp and Winthrop Ranger Districts. He was part of the team that organized the timber removal after the eruption of Mount St. Helens and in 1984 he joined the Naches Ranger District as the Timber Management Assistant. He also was the Recreation Assistant before retiring in 2001.

In 1984, Keith married Janel Burelbach and she joined him on an adventure — along with friend and business partner Chuck Kisner — to turn Bill Hole’s former apple orchard into a top-notch grass-fed beef operation. Retirement came just in time for Keith, who was a man of many interests. In addition to the cattle ranch, he enjoyed restoring classic cars, tinkering for hours in his shop. He enjoyed golfing, skiing and hunting for good firewood along the valley’s many backroads.

For 35 years the Oregon coastal community of Pacific City became a second home for Keith and Jann, where he made many friends with whom he shared his love of fishing, piloting his classic dory boat “The Jannie K” from the base of Cape Kiwanda. In 1998 Keith earned his pilot’s license and in the ensuing years he flew to many locations in the West. He was very interested in the history of the valley and at the time of his death was president of the Methow Community Club, which operates the historic schoolhouse in the town of Methow.

Keith was a kind person who walked softly on this earth. He had a wonderful sense of humor and was always willing to listen to different views on different issues, even if he disagreed. He believed most people were basically good and doing their best. He was a faithful father, husband and friend. He will be sorely missed by all who loved him.

Keith was preceded in death by his parents and daughter Amy. Survivors include wife, Janel Burelbach of Methow, son Brian (Leslie) of Portland, Oregon, daughter Leah (Michael) of Tacoma, sisters Diane (Rick) of Bainbridge Island, Washington, and Merrilyn (Don) of Shady Cove, Oregon. He is also survived by eight grandchildren. In lieu of flowers, donations may be made to the Methow Community Club, P.O. Box 510, Methow, WA 98834. A celebration of life will be held at a later date.