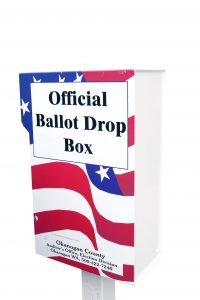 Although a state audit of rejected ballots in Washington found all counties had accepted or rejected ballots appropriately and followed the law, it also found a wide discrepancy of rejection rates depending on the county.

After accounting for demographic factors such as age, race, education and income, the auditors estimated that ballots submitted to some counties were four to seven times more likely to be rejected than ballots submitted to other counties in the 2020 election, the audit found. The likelihood that a ballot was rejected in the 2020 election was most highly correlated with the county where it was cast.

The performance audit, Evaluating Washington’s Ballot Rejection Rates, was released by the Office of the Washington State Auditor on Feb. 1. The Legislature mandated the audit in 2020 because of concerns about the state’s ballot-rejection rate and the possibility that the rates varied for counties and different groups of voters. They were not raising any questions about the results of the 2020 election.

The statewide rejection rate was very low — fewer than 30,000 ballots (0.72%) out of 4.2 million cast. Rejection rates by county ranged from less than 0.04% in Columbia County to 1.5% in Franklin County. Okanogan County had the second-highest rejection rate, at 1.28%. Only four counties had rejection rates above 1%.

If a ballot is returned unsigned or if the signature doesn’t match, county elections workers make several attempts to reach the voter to “cure” the ballot by certification day. Signatures that don’t appear to match are evaluated not only by elections staff, but also by each county’s canvassing board. Certification day varies depending on the election, but in a general election, it’s three weeks after Election Day.

Okanogan County Auditor Cari Hall said she’d seen the state audit and that she has the utmost confidence in the county’s system. Okanogan County requires that seven people review a signature before any ballot is rejected, more rigorous than what’s required by state law, she said.

There are many reasons a signature may not match. Some people’s signatures change with age. Some may have an injury and sign with the other hand. And some people intentionally change their signature every time because they believe it protects them from forgery, Hall said. In that case, she asks voters for half a dozen variations to keep on file. “We try hard to work with the voters,” she said.

Only the county canvassing board — the auditor, prosecuting attorney, and chair of the board of county commissioners (or their designee) — can reject a ballot, Hall said. In Okanogan County, by the time the canvassing board gets a ballot, it’s already been reviewed by four people, meaning the board reviews only the most challenging cases, Hall said.

Okanogan County elections staff get training in signature-fraud recognition from the Washington State Patrol. Hall considers trained signature checkers more dependable than software, because software can be set to apply tighter or looser standards. “We’re a small community — we owe it to our voters,” she said.

Auditors reviewed the signatures in three stages. First, they used automated signature-review software. If both the county and the software determined there was a good match, they didn’t conduct further analysis on that ballot, state Director of Performance and IT Audit Scott Frank told the Methow Valley News.

Two state auditors reviewed the remaining ballots. If they couldn’t reach agreement on whether the signature matched, a third auditor reviewed it. If the auditors reached a different conclusion from the county, it was sent to two staff members from the Secretary of State’s Office (SOS) for review.

It was rare for these auditors to disagree — only 2% of the ballots they examined didn’t get a unanimous review, and these situations weren’t clear-cut, Frank said.

The audit didn’t provide enough information to explain the disparities. Auditors found that counties with lower rejection rates appeared more willing to accept what they called “less conclusive” signatures. In those cases, while the counties determined that those signatures matched, the signature-review software and signature checkers for the audit didn’t all agree.

Ballots will always be rejected, and there are appropriate reasons — they may be unsigned or do not match, Frank said. The auditors were looking for the reasons behind the disparities, but couldn’t put their finger on what the counties were doing differently, Frank said.

Because voter-registration files don’t contain any information about race or ethnicity, the audit team applied a predictive algorithm to come up with demographic information. The algorithm looks at the probability of a name being associated with a racial or ethnic group, combined with where the person lives. The algorithm wouldn’t be appropriate for analyzing individual voter characteristics, but it’s fairly predictive when aggregated, Frank said.

The algorithm was developed by the RAND Corporation, a nonpartisan public-policy research organization. It is used by research institutes and government agencies to look for evidence of discrimination.

When the auditors looked at white versus non-white voters and controlled so results weren’t dependent on the county of residence, they found a statistically significant difference in the rejection rates for Blacks, Hispanics, Asians and Native Americans. Ballots of younger voters were also rejected at disproportionate rates.

The researchers made sure that the 7,200 ballots they examined were from a diverse group of voters by applying the algorithm, Frank told the state’s Joint Legislative Audit & Review Committee (JLARC) at a public hearing on the audit in February. Although they can’t rule out bias on the part of election workers, their methodology didn’t find it, he said.

State Rep. April Berg (D-Mill Creek) was one of several legislators concerned by the findings. Although the study found no evidence of individual bias, the system may have “baked-in bias” that requires a systemic fix, she said at the JLARC hearing.

JLARC Chair Gerry Pollet was also troubled. For ballots of Black voters to be rejected four times more often is a “humongous disparity,” he said. There may not have been individual bias, but there is “huge systemic bias,” he said.

Election experts say it’s easier to understand why younger voters’ ballots were rejected at a higher rate. Many young people have less experience signing their name — both because of their age and because they may be accustomed to using digital signatures. Their signatures may also be less consistent, Frank said.

SOS Policy Director Dave Elliott reminded JLARC that some signatures should be rejected. Washington’s rejection rate is similar to that of other vote-by-mail states. It is much lower than in states where only some voters use mail-in ballots, he said. Washington is one of eight states that allow all voters to vote by mail. It was the first to allow absentee ballots without requiring a reason.

The auditors made several recommendations to ensure that all ballots are counted fairly, including having up-to-date voter contact information, educating voters about the vote-by-mail process, and doing outreach to groups with high rejection rates, Lead Performance Auditor Rachel Moeckel told JLARC.

The state’s operating budget includes $250,000 for a more detailed study by the University of Washington to explore reasons for the disparities. The results are due by Oct. 15.