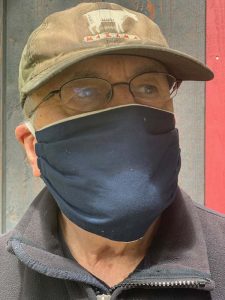 I received an email this week with information that raised my spirits both personally and as a resident of the Methow Valley community. It’s hardly a big breaking news story, more like one more incremental reminder that the valley is moving out of neutral in anticipation of post-COVID’s new normality.

Not shattering any big confidences here to reveal that the email was from Missi Smith, executive director of The Merc Playhouse, reconvening The Merc’s Program Committee. The committee is an informal group of people with strong connections to the theater, as Merc board members, performers, directors, stage/lighting/sound/costuming/marketing crew, volunteers for the door or concessions stand, all of the above or anything else that needs doing. And there is plenty that needs doing.

The Programming Committee is the group that looks well into the future to come up with The Merc’s schedule of productions. That process requires reviewing dozens of plays, winnowing them down to a few favorites, then scheduling them far enough in advance that those involved with staging them have enough time to put all the pieces together. All of that happens with the board’s oversight and approval.

“I feel as though we are emerging from what has been a long limbo and that the ability to make plans into our programming future is much more certain. Jane [Orme] and the kids are making their way through ‘Fantastic Mr. Fox’ rehearsals with success thus far, and it’s feeling like ‘back to normal’ around the theater,” Smith said in the email.

I was a recipient not because I’m a news guy, but because I have for the past several years been a member of the Programming Committee, working with a devoted (and interesting) group of people to balance our interests with what we think the community will be receptive to.

With only a handful of opportunities to stage full productions each year, we take our work seriously, always keeping in mind The Merc’s long and special relationship with its supportive community. We pay homage to traditional favorites, but we are not adverse to risk-taking. Our discussions are always lively and thought-provoking.

As you might expect, we on the Programming Committee haven’t had much to do the past couple of years. COVID wiped out most The Merc’s activities in 2020 and 2021, so it is encouraging to begin cranking up the process again. We’ll be meeting within the next few weeks, with a lot to contemplate.

Many of you are aware that, somewhat to my surprise, The Merc became my special passion after I first became involved as an actor several years ago and eventually worked up the courage to direct a full production. “Rope,” the play I directed in late 2019, was one of the last full stage presentations at The Merc before COVID shut things down. It was challenging, and rewarding, in ways that I had never experienced, and I’m grateful to have had the opportunity.

Being involved with The Merc has always gotten me out of the newspaper world in a healthy way. I have sorely missed the whole theater experience the past couple of years, from being part of the Programming Committee to being fully involved in getting a complex production onto the stage. I’ll be happy to eventually be back in the building again, and to catch up on the improvements that have happened while the theater was mostly dark.

The Programming Committee’s reconvening fits in a larger Methow Valley context. We are learning about new initiatives or revivals every few days it seems, all indicative of action being stirred by restless residents who are eager to get us moving at something closer to full speed again.

For instance, the Methow Trails Collaborative is converting to a nonprofit organization to better coordinate its ambitious plans. There’s a proposal afoot for a spring art walk in Twisp. The Winthrop Rhythm & Blues Festival returns live to the Blues Ranch after a two-year hiatus. The popular balloon glow event will return to the Winthrop Balloon Roundup this year.

I’m sure there are other examples I’m missing. They’re associated with different events and organizations, but taken together they are — like The Merc’s commitment to a full schedule of productions — healthy and encouraging indicators that the Methow hasn’t lost its mojo.