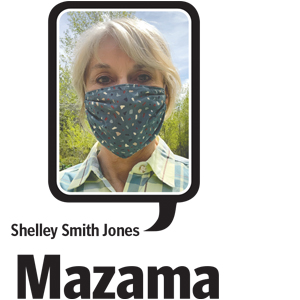 The cities of Centralia and Chehalis in southwest Washington are rich in history. George Washington, the son of a Virginian slave and an English woman, and his wife, Mary, of African American and Jewish descent, established the town of Centerville, which was soon renamed Centralia, in 1875. George had moved to the Pacific Northwest as an adult after being brought up by a white couple, Anna and James Cochran. His father had been sold to another slave owner and George’s mother left him with the Cochrans to raise.

Mary and George watched as the Northern Pacific rail line advanced north from the Columbia River to Puget Sound and recognized that their land would be a central point on the railroad between Kalama and Tacoma. They decided to start a town on the site and offered $10 lots for sale to anyone who would settle there. They donated land for a church, cemetery and public square now named George Washington Park.

The Washingtons were noted for their willingness to help fellow residents in many ways, including selling property for paltry down payments, offering loans at no interest, and providing work when no other was available. This community spirit proved to be a boon for our Mazama neighbor and friend, Michele Englehart.

Michele and her partner in Hold Your Horses Films, Leslie Goyette, had a big idea to write and produce a period film to take place in the Appalachian Mountains during the depression era. The story of Teddy Rogers, age 13, begins with heartbreak that leads to a young life of hardship. As an adult, he makes his way to the town of Maysville to deal with his past and build a new life.

Centralia and Chehalis, with their deep history and historical sites, were chosen as the filming location for the town of Maysville. It was here that Michele and Leslie experienced the spirit of the town’s founder, George Washington. The duo knew there was no way they would be able to accomplish this film with their small budget without the help of many hands. They learned the “Power of the Ask” when the locals of the towns came out with support in ways the producers could not believe.

In one day, a local restaurateur, Jeremy Wildhaber, and town historian, Mary Kurtzbein, helped locate and secure every location needed for filming. Town fees were waived to block off the authentic brick streets for filming. Restaurants, caterers and individuals donated countless meals for the crew. Lodging was provided by the local community college. Folks volunteered to be extras (even provide their own costumes) and work with the crew.

Every ask for vintage props was responded to with willingness: a 1920s tractor, classic cars and trucks, a barn to burn down, a fire truck to create rain, a drone to capture aerial footage of Teddy and his childhood friend Willy running through the fields.

The historic Borst Home in Centralia, which offers open houses to the public, provided the perfect home with every room used in filming. And, of course, when they needed a steam train, Chehalis-Centralia Railroad had just that with Locomotive  No. 15 pulling authentic cars.

“Maysville” came together! The film was picked up by a distributor and now is available to stream on Amazon Prime. In addition, the Midway Cinema in Chehalis is showing “Maysville” on Dec. 16, much to the excitement of the residents.

The movie has received rave reviews for the story, the acting, the cinematography and the authenticity of a 1920s period piece on a low budget. Michele acknowledges, “We simply couldn’t have made ‘Maysville’ without the support of this wonderful community.” George Washington left a legacy of spirit.

Holden Goyette and Forrest Campbell, who play young Teddy and Willy,  coincidentally, are the sons of Leslie and Michele. The story about the actor children of our Mazama part-time neighbors Michele Englehart and Rich Campbell will be content for another column. All three — Eden, Forrest and Maeve — have been acting for many years.

You can read about and follow “Maysville the Movie” on most social media platforms and at the website https://maysville.wixsite.com/maysvillethemovie. You can also view the trailer at www.youtube.com/watch?v=IlciSQOHBcg.

With some return to normalcy, Christmas at the Very End of the Road is back on Sunday (Dec. 19), from 3-6 p.m. at the Mazama Store. There will be an outdoor holiday pop-up market featuring local artisans and Mazama Store holiday goods. Guests can enjoy wine, cider, tea and hot cocoa. Holiday baked treats will be available and special sale items at both Goat’s Beard Mountain Supplies and the Mazama Store.