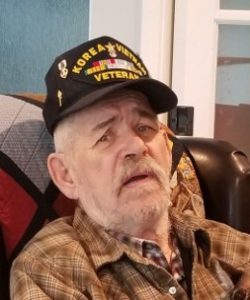 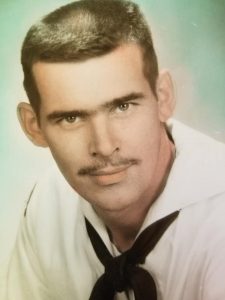 Gilbert Borchardt “Gubby” Dahlquist left this earth quietly at his Omak home on June 7, 2021. He was born July 27, 1935, in Everett, Washington. and was predeceased by his parents Oscar (Bernice) and older brother Bernard.

Gubby was enlisted in the U.S. Navy for 20 years, serving in both the Korean and Vietnam Wars, receiving several medals including a Purple Heart. He also retired from Scott Paper Mill and worked on tugboats as a cook for several years after which he resided in the Methow Valley, where he married his wife, Donna, in 2012. He had many hobbies including hunting, fly fishing, fly tying, amateur radio, model shipbuilding, woodworking, prospecting and motorcycles. He often taught and challenged his friends to a game of cribbage and usually was the winner (or so he claimed)!

Gubby was a charter member of The Combat Veterans International (Chapter 15), a member of The American Legion (Post 56), Washington Prospector & Mining Association and the Samaritan Riders Okanogan.

There will be a private service at a future date. Donations may be made in his memory to “Our House-Cancer Care of NCW” in Wenatchee.