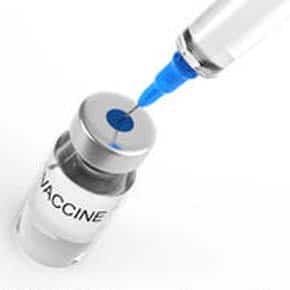 Reasons for resistance to vaccinations vary

With nearly 50% of residents over 16 in Okanogan County vaccinated against COVID-19, the consensus among medical professionals is that most county residents who are eager and eligible to get their shots already have.

That leaves people who are dead-set against getting the COVID-19 vaccine, and people who are hesitant to be vaccinated for one reason or another. That second group was the topic of a discussion Thursday (May 27) at a meeting of the Okanogan Coalition for Health Improvement (CHI), which included representatives from health care and community organizations around the county.

The group discussed reasons they’ve heard for vaccine hesitancy, as well as strategies for combating it.

“We are way past the point where a Facebook post is going to convince anyone to get the vaccine,” said John McReynolds, CEO of North Valley Hospital.

Providers gave a number of reasons why patients had expressed hesitancy, including nervousness about how quickly the vaccines were developed, and concerns about the severity of side effects, from the very rare serious complications to the more commonly reported sore arms and flu-like symptoms.

A recent study from the Kaiser Family Foundation reported in the Washington Post states that nearly half of unvaccinated adults are worried about missing work due to vaccine side effects, a concern local providers said they’d also heard.

Providers stressed the importance of one-on-one conversations, prioritizing facts about the vaccine, and stressing the importance of getting vaccinated as a form of social responsibility, or a way to protect the community and restore the post-pandemic economy.

“It’s kind of like they don’t know that they’re drunk driving,” said Brendan Smith, director of clinical quality at Family Health Centers. “They might be young and get through this okay, but … if they’re walking around spreading the infection it could kill other people. Sometimes that’s been more successful to put in the context [that] it’s not about you. It’s about the people you care about. Do it for them more than just yourself.”

Washington is in the top third of states for vaccination rates, she reported, and Okanogan County was one of the early leaders in eastern Washington.

“We started off really strong with vaccinations in late December and I think we were fourth or fifth in the state,” Kuzma said. “We really ramped up and then sort of hit a little plateau as we reached all the folks initially who were really excited to get the vaccine.”

Per-day vaccination rates have gone up and down since the shots first became available, with the highest point coming in the second week of February, when nearly 1,200 shots were administered in one day. Peaks also occurred in late January, early March and early April.

Kuzma said data included in her report includes workers on H2A visas who have been vaccinated, but not those vaccinated by Indian Health Services.

Taking into account COVID-19 variants that can be more contagious, Kuzma said health agencies now think about 80% of the population needs to be vaccinated to achieve “herd immunity.”

Kuzma also gave a different perspective on COVID-19 infection rates now that an effective vaccine is available. Not taking into account people protected by the vaccine, Okanogan County had an incidence rate of 206.4 COVID infections per 100,000 population in the previous 14 days as of May 25.

Taking into account the 39% of the county’s population that is fully vaccinated and at low risk for infection, the incidence rate jumps to 339.2 per 100,000.

“We still have a long way to go to reach a big portion of the population,” Kuzma said.

Dr. James Wallace, Okanogan County’s health officer, also pointed out during the chat that about 2,600 people in the county have been previously infected, which would increase the incidence rate among unvaccinated, not-previously infected members of the population.

“Still leaves a high number of never-infected and unvaccinated so we have a long way to go and a long time before the virus ‘works its way through’ our community,” Wallace said in the group chat portion of the virtual meeting.

There have been five documented breakthrough cases of COVID-19 in vaccinated individuals in the past four months, Kuzma reported.

According to a survey from the Kaiser Family Foundation, doctors, nurses and health care providers are most people’s preferred source of information when deciding whether to get the COVID-19 vaccine.

“People are hesitant for a variety of reasons, it’s not always the same thing, so these conversations really need to be about listening…” Kuzma said. “It’s the time and the one-on-one interaction that goes a long way.”

When it comes to changing someone’s mind on the vaccine, shaming a person doesn’t work, and neither does dismissing their concerns, Kuzma said. She said providers have had the most success using a technique called “motivational interviewing,” by putting the risks of side effects into context by comparing them to other risks, by sharing their personal experiences, giving information in a non-judgmental way and by explaining that the type of vaccine used against COVID was actually first developed in 2003 to fight similar SARS viruses.

Kuzma also stressed the importance of vaccinations in the economic recovery, noting that 30% of Okanogan County residents are on Medicaid and another 11% are uninsured.

Jesus Hernandez, CEO of Family Health Centers, shared his experiences discussing the vaccine with his own family and relatives.

“I just pulled out some of the numbers of people that are dying of COVID around the country and I expressed my concern for their health and their life,” he said. “And I said, ‘I’m much more afraid of the virus than the vaccine based on those numbers’ … and created a good conversation.”

Okanogan County Community Health Director Lauri Jones said no strategy will work for everyone, and Kuzma noted that providers have reported some people are “adamantly opposed” to the vaccine, and not interested in having a conversation about the facts.

“This virus never discriminated. It didn’t care what political party you were affiliated with … who your friends were, what church you went to,” Jones said. “I often think if one person who is either a non-believer, or thought this [vaccine] was not a good thing could spend one day with public health and listen to the heartache and the misery and the long haulers’ effects of COVID regardless of age and the loss of life, I think maybe they would take the politics out of it.”