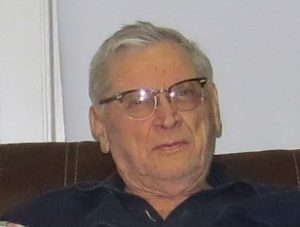 Ed was born in Winthrop on July 20, 1937, to Eric and Katherine Schachtschneider. He passed away on May 18, 2021. He married Barbara Harris, and they had three children. He married Verleigh Blackburn on March 1, 1969.

Ed grew up on the family farm by lower Beaver Creek. He was valedictorian of his graduating class in 1955 from Twisp High School.

Ed worked at the Wagner Sawmill. He planted a nice apple orchard on his 10 acres, only to have it freeze out the first year it would have started producing. That year, it was 50 below zero in the valley.

After that, Ed planted the field into alfalfa, not for profit, more for a hobby. He sold hay to many different people in the valley. He raised potatoes for several years, changing fields each year to help the soil. He worked many years for Raleigh Schrier doing construction and building.

After Raleigh retired, Gramps started his own business, Ed’s Construction. He built many homes during those years. He then worked at Methow Valley Lumber until he retired.

It goes without saying that Ed was a huge supporter of his kids’ and grandkids’ sporting events. Gramps liked fishing for bass, but spent many hours carp fishing with George and Charlie. Gramps spent a lot of years hunting with a rifle, then switched to archery with George being his main hunting partner. When George passed away Ed stopped hunting.

He loved growing a garden every year. He had it ready to plant this year. For many years he grew the pumpkins to be carved for the Burgar Street display. Halloween won’t be the same without Gramps and Grandma.

Ed was a member of Twisp men’s bowling association, bowling for many years in the Tuesday league and the mixed league where he met Verleigh. He enjoyed building the cat-feeding stations and shelters for the feral cats. He was a longtime Eagles Aerie member, volunteering for years cooking burgers on Friday nights.

A memorial service will be held Saturday, June 12, at 2 p.m. at the Twisp Eagles Hall. A social potluck gathering will follow. In lieu of flowers, donations can be made to Okanogan Regional Humane, P.O. Box 3221, Omak, WA 98841