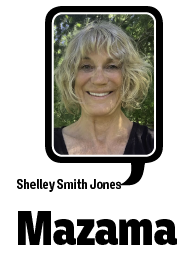 Every time I wrestle with packaging in order to open a bottle or jar, I blame the 1982 Chicago Tylenol murders. It was a shocking event when seven people died, each after taking a Tylenol gel capsule that had been evilly laced with potassium cyanide. No one was ever charged or convicted of the poisonings. The incidents certainly led to changes in packaging and to federal anti-tampering laws. That’s all good.

However, am I the only one who needs the patience of Job to extract a #2032 battery out of its removable-proof casing? You know, it’s the little nickel shaped lithium battery that powers bicycle computers, bathroom scales and the like. As if it isn’t frustrating enough to figure out how to get the dead battery out of the device, insult to injury, one must be a mechanical engineer to bust through the packaging to retrieve a healthy battery. Then, don’t forget to remove the little sticker on the charging side of the battery before attempting to fit it into its new home.

I planned to go on a rant about the worst of the tamper-proof packaging (e.g., the wrap around a DVD or CD case!), but then I attended a meditation and teaching with Buddhist monk Tan Nisabho and realized my frustration with a salad dressing lid might be somewhat trivial.

After graduating from college followed by a clear self-realization, Tan Nisabho left Washington state in 2012 to go forth as a Buddhist monk in the Thai Forest Tradition. He received full ordination the next spring before spending the following years training in forest monasteries throughout Thailand, Australia and the United States He returned to Washington last year with a vision to create a monastic home and center of Buddhist practice in the Seattle area.

Tan Nisabho’s parents are currently establishing a center, the Cascade Hermitage, in the Methow, and he is here temporarily staying with them. The hermitage will offer retreat time for monastics of all Buddhist traditions. Many of the visiting monastics will give teachings during their stay, just as Tan Nisabho is doing now.

Among Tan Nisabho’s vows are commitments to not handle money, to only eat once a day before noon, and to not prepare his own food. To that end, he has introduced himself to the community by “walking for alms” at the Twisp Farmers’ Market. Recognizable in his colorful robes with alms basket in hand, Tan Nisabho depends upon the generosity of others to sustain himself.

“When we go walking for alms, it’s an act of faith — we only eat what we receive,” Tan Nisabho explains. “It’s a beautiful way to remind ourselves of the preciousness of the connection and of our vulnerability.”

The arrival of a Buddhist monastic in the valley adds another dimension to the diversity of the Methow. Tan Nisabho is looking forward to meeting folks in the community and welcomes questions about his path and beliefs. He will join all interested persons for a weekly Sunday morning meditation, teaching and potluck from 9:30-11:30 a.m. at the Methow Valley Wellness Center. He will lead these sessions in person for the next four weeks and after that at the end of every month.  He plans to walk for alms every Saturday at the market from 10-11 am. Find information at www.cascadehermitage.org and www.clearmountainmonastery.org.

I promise to remember this one next time I need a new #2032 battery: “Don’t do any task in order to get it over with. Resolve to do each job in a relaxed way, with all your attention. Enjoy and be one with your work.”