Several large art panels depicting images of Twisp and its surroundings will soon be installed on buildings in downtown Twisp by Methow Arts.

The public art installations are steel panels, measuring 3 ½ feet by 6 feet, which will be mounted on buildings at four prominent locations around Twisp. The four panels are intended to “reveal the history and present of Twisp, and connect to residents and visitors,” said Amanda Jackson Mott, Methow Arts executive director.

The steel panels portray iconic scenes that represent different aspects of life in Twisp and the Methow Valley, Jackson Mott said. They include the Methow Valley Community Center, showcasing vibrancy, community and commerce; a historic barn, representing agriculture, farming and foodways; the Twisp Lookout Tower, representing recreation, forestry and history; and a fisherman in a boat on the Methow River, illustrating relaxation, recovery and rivers.

The panels are created by local artist and illustrator Hannah Viano, who was selected by Methow Arts for the project. Viano describes her approach to art as striving to “mix art, science, history and education together to foster curiosity and sense of place.” Her work includes children’s books, teaching residencies and public art.

The panels are created with three different types of steel, with colorful powder coated steel as the backdrop. They will be installed on buildings near intersections of Third Avenue and Glover Street and Second Avenue and Glover Street, and near the Community Center. Another will be installed on the side of the Twisp Feed Store, Jackson Mott said.

The public art is the first project undertaken as part of Twisp’s designation as a Washington State Creative District last year, one of eight communities to receive the designation. The state’s creative district program seeks to spur economic development by heightening a community’s brand as a center for arts and culture.

The project is funded through a $26,000 grant from the Washington State Arts Commission and $9,000 from Methow Arts, with in-kind support from the town of Twisp, Jackson Mott said.

The grant for the pilot project enables Twisp and other creative district communities to make small-scale capital investments to “add community visibility, draw tourists, and bring in new activity and revenues,” Jackson Mott said. The goal of this first project is to connect the downtown business corridor and creative industries within Twisp, she said.

“The panels will connect key intersections in the district and encourage pedestrian traffic. It will also offer a story about the history of Twisp through the images in the panels,” Jackson Mott said.

The artwork is expected to be installed around Twisp by June 30. The designs of the four panels will also be reproduced on a sheet of vinyl that will be mounted in the bus kiosk on Glover Street, she said.

The panel designs, printed on paper, are on display in the windows of the Methow Arts office on the corner of Glover Street and Second Avenue. 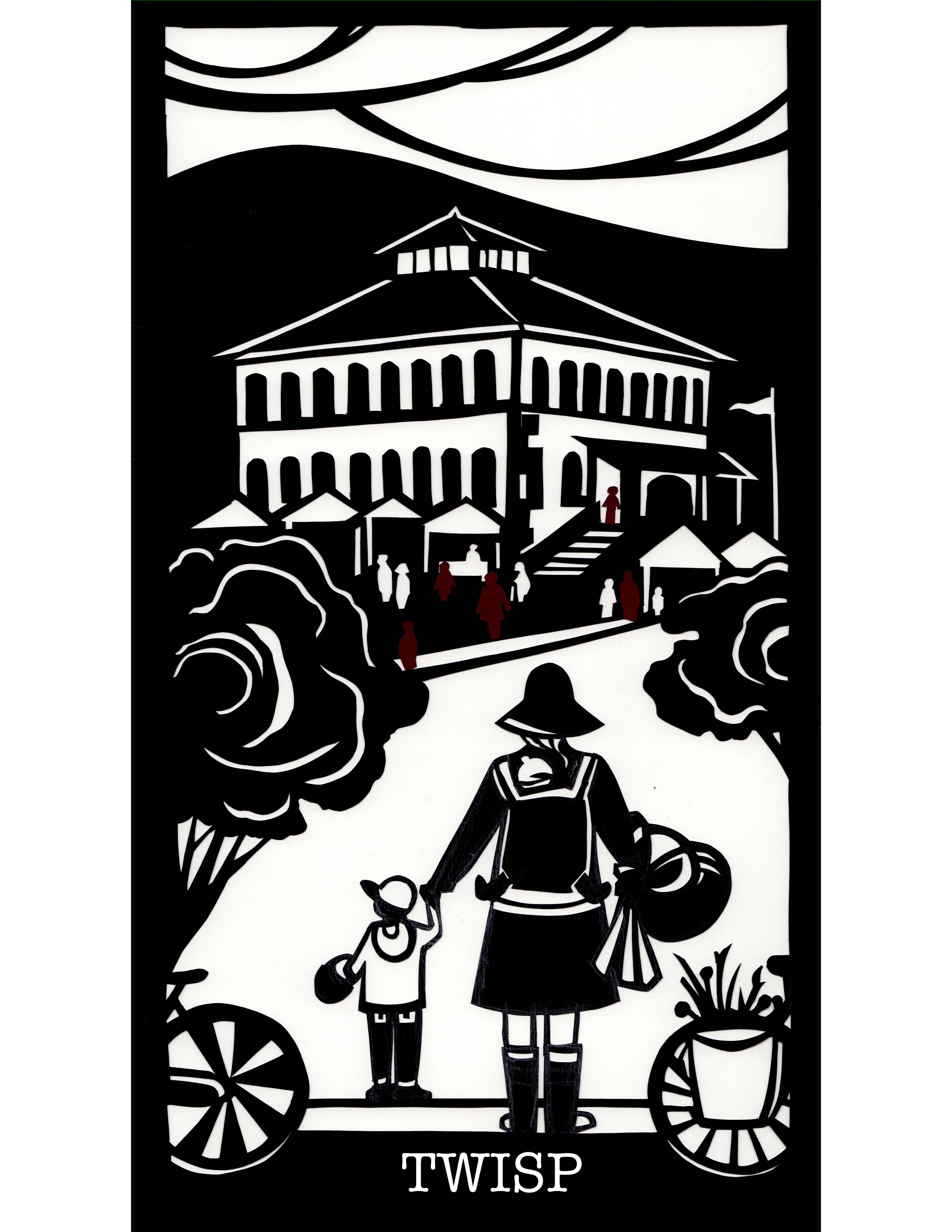