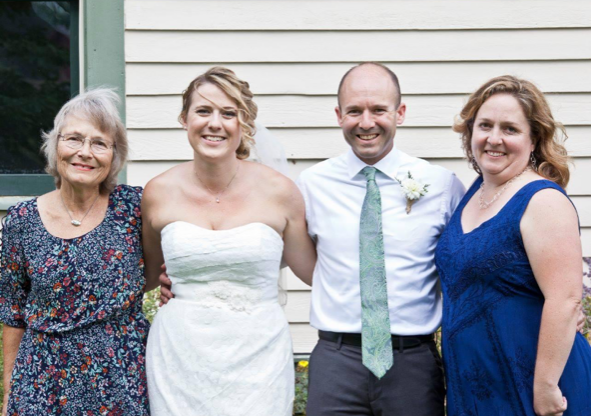 Diana McAdow passed away at Brewster’s Three Rivers Hospital on Feb. 19, 2021, due to a heart attack. Her son Bill McAdow was by her side. She was 75.

Diana was born on Nov. 25, 1945 to the late George and Martha Ferren and raised in Riverside, California. There she met her late husband Bill McAdow (Senior) when he was in the Navy. In 1967, Diana and Bill eloped, driving through the night to be married at a little Vegas wedding chapel. Their early years of marriage were spent living in the Burlington area, where their two children were born and where Bill’s brother, Jim McAdow, and family still reside.

In 1983, Diana and Bill purchased the Carlton General Store and relocated their family to the Methow Valley. The family resided in Carlton throughout the kids’ elementary and high school years, selling the store and relocating to Brewster in 2006. Diana and Bill were deeply involved in the Carlton and lower valley community through the store and their work as volunteer firefighters. Many longtime valley residents remember shopping at the Carlton General Store and chatting with Bill and Diana over the years.

Later in life, Diana enjoyed spending winters camping on the beach in Baja Mexico. She spent those days in the sun, relaxing, visiting with friends, hiking and fishing. Diana would fly to Mexico with her large, yellow labrador “Sunny” and cat, “Andale,” in crates — quite a site to see given Diana’s small stature!

In 2017 Diana moved back to Winthrop and lived just up the road from her grandsons, James William McAdow (5 years old) and Tommy Mason McAdow (2 years old). “Nana Diana” spent the last four years actively caring for the boys and being part of the hustle and bustle of young family life. She was the only living grandparent for James and Tommy and her passing has left a hole in the heart of Bill and Geva’s young family. Both boys will always be reminded of their Nana’s special farewell saying, “See you later alligator. After a while crocodile.”

Diana was an active member of the Community Covenant Church in Twisp. She loved the services, singing and community fellowship. Diana was also a member of the Methow Valley Eagles where she spent time with friends enjoying good meals and bingo.

Diana is survived by her daughter Belinda McAdow of Seattle, son Bill and daughter-in-law Geva, grandsons James and Tommy, her sister Jane Birch of Leesburg, Virginia and several nieces and nephews.

An outdoor memorial will be held at the Community Covenant Church in mid-May 2021. Details will be shared through the church as well as through Bill and Geva. All are welcome to attend this celebration to reminisce and share stories of Diana’s life. COVID-19 precautions will be observed, i.e., outdoors, masks and social distancing.