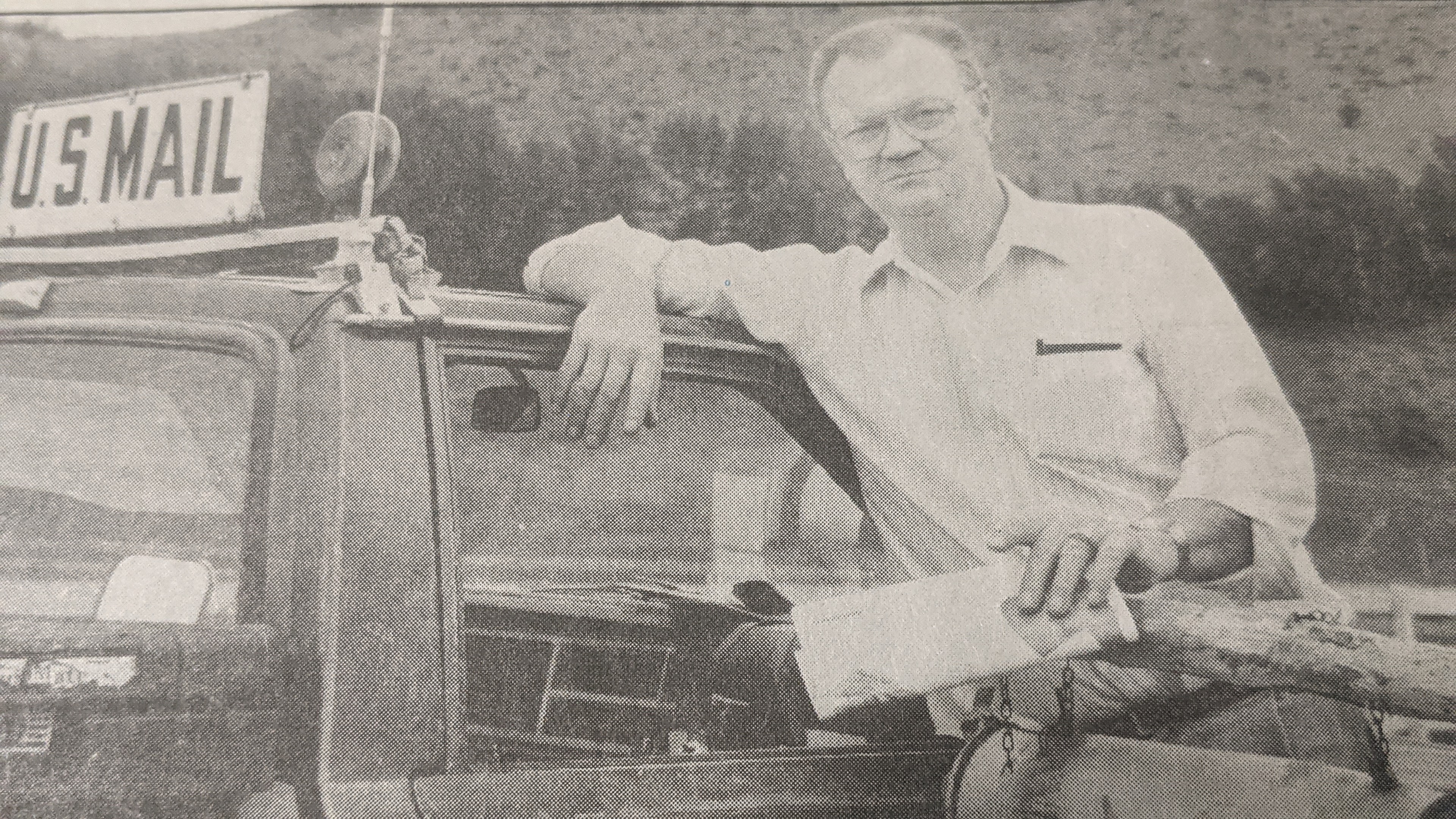 On Feb. 5, 2021, surrounded by family, Richard “Dick” Webb peacefully passed away in his sleep.

Born to Leigh and Alice Webb, April 16, 1935, Dick spent his childhood at the Webb Family Cabins, now the Twisp City Park. The flood of 1948 destroyed the property and the family moved to Webb Lane until he graduated from Twisp High School in 1953. During his high school years and his time at Washington State College, he developed a love and talent for photography. He spent his lifetime documenting valley life and doing photo restoration work.

Dick married Margret “Peggy” Hughes on Sept. 14, 1963, and they made their life in Twisp; raising three children: Debby, David and Jim. Dick ran a pole yard business behind their home on Twisp Airport Road until the flood of 1972. After recovering from the flood, he moved his family up on the flat above Lloyd Logging and followed in his father’s footsteps carrying the valley’s mail for the next 36 years. With a camera constantly by his side, many scenic photos of the valley came from the window of the mail rig. After his retirement in 1994, Dick and Peggy moved to Ephrata for a short period.

After Peggy’s death in 1997, the valley called Dick home, he built a cabin on the Twisp River just up from where he spent his childhood. Dick later married Mary Heath of Methow and spent the rest of his days with Mary by his side.

Dick is survived by his sister Corky Betty of Twisp; his children, Debbie (Byron) of Wenatchee, David (Donna) of Spokane, and Jim (Lisa) of Boise; and his wife, Mary. He was blessed with eight grandchildren and five great-grandchildren.

A celebration of life will be held later this spring.