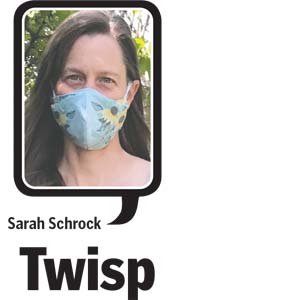 Labor Day ended in tragedies still unraveling as hundreds in neighboring communities are left evacuated or homeless. Today, we woke up to the first day of school to find the smoke that was forecasted to clear out by midday. That meteorologists made a mistake is nothing new or anything to scorn. A constant coping mantra: We cannot fret over that which we cannot control.

Then a fire breaks out on Twisp-Winthrop Eastside Road road as I write this. Is anyone else ready for 2020 to end? I don’t mean to make light of any of the tragedies and COVID emergencies currently unfolding. Likely, I am suffering from survivor’s guilt on both fronts. It was just two weeks past, on a scorching 100-degree day in Bridgeport, that I stopped to buy popsicles for my kids before driving east. We all know the landscape of and the subtleties that define a place we visit often. In Bridgeport, it’s the totems.

Watching another season of communities, close to home, destroyed, leaves little to the imagination regarding our own risk. It is high. We know this. Twisp has escaped the immediate threat from wildfire with both dumb luck and active fire management from unexpected shifts in winds alongside active backburns. With drier, hotter summers, what we have been seeing over the past years in other communities, similar to ours, is that there’s a new type of fire. An urban wildfire.

Here’s the distinction. Previously, wildland firefighters were attacking blazes in the wilderness or cut over timberlands that befell escaped slash burns. Then, as more people settled the Western front ranges, we focused our attention on the WUI — the wildland-urban interface. These are areas where human settlements send their tendrils out into the wilder places. Now, those wildland fires are sweeping through the WUI and consuming land planned and developed for urban habitation. These are communities with fire hydrants. They have green lawns, fire departments. Homeowners can’t create defensible space 30 feet from the home, because, well — in 30 feet you’re atop another home. Wildfires aren’t supposed to burn in cities. Structure fires, yes, but wildfire? Our cities weren’t built to withstand wildfire. That’s supposed to happen elsewhere.

With urban densities, we foster community, save energy and infrastructure costs, create walkable neighborhoods, and save wildlands from future encroachment. It’s what every community across the growing West is grappling with and trying to achieve, and yet it may be the very thing small towns nestled near public lands and wild place needs to critically re-evaluate.

The list of burned cities or partial cities eludes us, easily pushed away into the archives of newsreels. Paradise and Santa Rosa, California, to name just a few. This week, images of Talent, Oregon, in particular, hit me hard — 600 homes, and fatalities. A long time ago in a galaxy not too far away, I worked for the City of Talent on a parks and open space plan as a graduate student in planning and landscape architecture. Through many walks and visits about the growing little town, I came to adore it. After settling in Twisp, I always thought, “if this doesn’t work out, I will move to Talent.” The urban greenway, that very one we inventoried and planned for, a corridor of land connecting the towns, creating habitat connectivity, offering a recreational trail — a planner’s success story — was the conduit of the fire’s spread.

Fifteen years ago, Talent was a lot like Twisp is today. A changing community, struggling for a new identity, trying to strike a balance between newcomers and old-timers. A bedroom community to Medford, a more affordable option to Ashland, and a haven for burned-out Californians looking to get out of the mayhem of eight-lane freeways and high living costs. Planning for an inter-town trail.

This season’s California fires have displaced hundreds of thousands, Oregon estimates nearly half a million evacuees. These fires will undoubtedly create a trickling migration. Remember Paradise — most of those people never returned. COVID migrants have already started arriving. It all leaves me to ponder, are we ready to welcome fire migrants or will we be next?