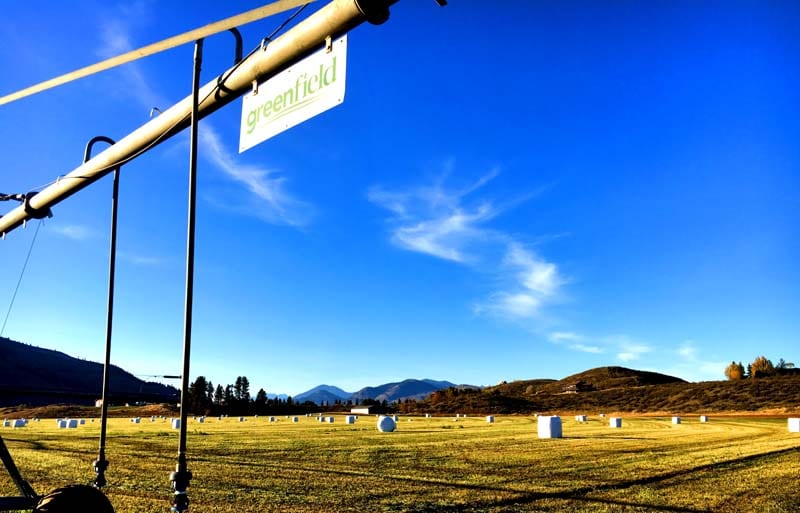 Photo by Ashley Lodato
The annual Methow Valley marshmallow harvest is underway, just in time for winter and hot cocoa.

It was a fine weekend for celebrations. First, former Methow Valley residents Aristides and Jane Pappidas marked their 50th wedding anniversary with a family dinner at an oyster restaurant in Olympia, where they now reside. “It was a mellow time with laughter and the nicest of shared feelings,” says Aristides.

While Aristides, Jane, their son MacLeod and his wife Corinna Luyken, and the Pappidas’s 10-year-old granddaughter Quinn “quaffed oysters washed down with champagne” (all except Quinn, who enjoyed a Shirley Temple), Aristides recounted the story — at MacLeod’s request — of Aristides and Jane’s meeting and whirlwind courtship.

“We met on a feature film in New York on July 20, 1969,” says Aristides, a former cameraman and electrician on movie sets. “She was one of the co-stars of the movie; I was assisting the chief lighting tech,” he says. “Little did we know that a different kind of lighting — emotional lighting — would strike Jane and me so quickly.” Jane and Aristides began dating discreetly during the film making and six weeks later he proposed. She accepted, and they wed on Oct. 11, in an outdoor ceremony next to a small waterfall during high foliage time in Vermont.

The other grand celebration this past weekend was Sunday’s opening of Homestream Park. Attended by hundreds of residents and visitors, the event gave attendees a chance to explore the park and its sculpture installation called “Coming Home,” interpretive trail, and other amenities. It was also an opportunity to meet and hear from those who played key roles in making the dream of Homestream Park into a reality, including, of course, park owners and founders Phil and Cathy Davis, as well as scores of volunteers, representatives from community organizations and native elders.

Homestream Park is dedicated to the rivers and fish of the Methow Valley, and one of the park’s anchoring features is a sinuous gravel path interrupted by nine large boulders, which symbolize the nine Columbia River dams that stand between the home streams of salmon and the Pacific Ocean. As we wandered the path, adults stepped around the boulders but without exception the kids jumped up on the boulders and off the other side, just as the path designers had intended.

As you strolled the path, the boulders weren’t the only thing impeding your progress. Every few steps you’d run into someone you knew, and you’d stop and talk for a while — about how beautifully the park had come together, and so quickly; about its cultural sensitivity and its environmental authenticity; and about the passion and imagination of those whose vision and generosity gave Methow Valley residents a gorgeous space to walk, observe, and reflect. Right there, in the floodplain of the waterway that so many of us have chosen as our home stream, we were reminded of the river’s role not just in our landscape and sense of place, but also in its integrality to our ecosystem. The river, once again, connected us.