Herb was drafted into the U.S. Army in 1944 and quickly became a staff sergeant. He trained troops heading overseas and the one recruit he always talked about was Red Skelton. Red was funny in real life as well as TV. After WWII, he became a truck driver for Pacific Fruit and Produce, delivering food products to stores in the NCW from 1946 to 1961. He delivered to Winthrop in the 1948 flood and was stuck for a few days because most of the bridges were no longer there. As his second job, Herb was an apple orchardist from 1951 to 1958 at the same time as he drove truck. He resigned Pacific Fruit in 1961 and the family moved to Winthrop after buying the Evergreen Grocery Store, which Herb and June sold in 1963. They then bought Shafer’s Hardware in 1965 with daughter and son-in-law John Lester. The name of the store was changed to H & J Hardware. John, Carol, Herb and June sold the store in 1976 after the North Cascade Highway was opened in 1972. They were one of the original store owners when all the businesses in town changed the storefronts to a Western motif. While in Winthrop, Herb and June volunteered for every activity that benefited the town, such as helping build the Red Barn, starting the Antique Auto Rally, Chamber of Commerce, town sheriff, and honor guard for American Legion Post No. 120 during parades and memorials. 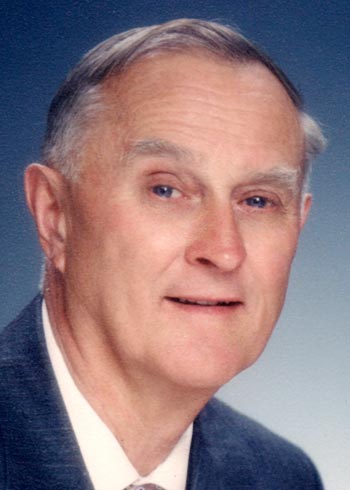 In 1993, Herb and June moved back to the Wenatchee area after building a house. They sold the home in 2002 and moved into the Fontanelle Condos. From 1976, Herb and June spent time motor homing, old car hunting, as condo president, antique hunting, and favorite of all, fishing. Their favorite place to visit was with all the relatives in the Tonasket area and her brother Ray Soule, in Bremerton.

Special thanks are given to the wonderful care by hospice, and Kadie Glen for caring for the “staff sergeant” in his final year. Herb is survived by June, his wife of 76 years, at Kadie Glen, East Wenatchee; his daughter Carol Anne (John) Lester, Okanogan; and five surviving grandchildren, Kory (Sherry Sloan) Lester, Winthrop; Heidi (Ron) Sprugasci, East Wenatchee; Jerry Gatewood, Bellevue; Shane McClellan, Chelan; and Candy (Kevin) West, Chelan; 13 great-grandchildren and eight great-great-grandchildren. Herb was preceded in death by his parents, his brother Bud Gatewood, his son Butch Gatewood, and his grandson Kjell Lester. Herb’s memorial service will be an informal get-together of family and friends. It is handled by Heritage Memorial Chapel in East Wenatchee at 11 a.m. on July 26, 2019. Refreshments will be served for everyone who wants to be with the family.