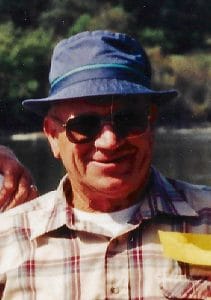 Dale was born in Elma, Washington, on July 7, 1928, to Herbert W. Bettin and Mae (Barrett) and passed away on Feb. 21, 2019. He was the second of four sons. He went into the U.S. Navy at 18 and witnessed the first A-bomb test on Bikini Atoll. He came home after the Navy and married Marriane Rogers and they had two sons, David and Mark. They later divorced and he married Dianne Hutchinson. She had a 5-year-old daughter, Christine, who Dale raised from then on.

Dianne passed in 2013. Her sister and brother-in-law Ed and Maryanne Kreutzer were Dale’s loving caregivers until just during this last year. They had to place him in Lifecare Center of Coos Bay, Oregon. They all loved Dale and his sweet smile.

He is survived by daughter Christine and Greg Pierce of Clearwater, Florida; and her sons Justin and Jared Wiliker and families; brothers Eugene Bettin of Unity, Oregon, and Clifford and Linda Bettin of Coos Bay, Oregon; sister-in-law and brother-in-law Ed and Maryanne Kreutzer of Myrtle Point, Oregon; and several nieces and nephews. He was preceded in death by his parents; wife Dianne; sons David and Mark; brother LeRoy and wife Betty. There will be no services at Dale’s request.