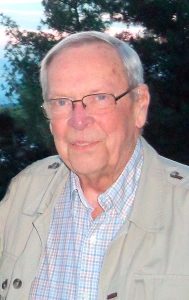 Robert Brison Turner (retired major), age 89, passed away April 11, 2019, after a long illness. Born in Shelby, North Carolina, June 12, 1929, to Joe and Lillian Turner, he was raised in Ft. Lauderdale by his great aunt Lil and other caring relatives. He began his career by enlisting in the U.S. Army and serving honorably for 20 years, notably in Korea.

Following military service, Bob worked in sales and hospitality before pursuing graduate degrees and holding university positions until retiring from Averett University, Danville, Virginia. He moved to Seattle in 1994 and in retirement was employed as a hotel front desk agent, seating host at Seattle sport arenas, and later as beloved doorman at Bay Vista Condominium until 2017.

Residing in both Seattle and the mountain paradise of Mazama in the Methow Valley, Bob’s great pleasure was savoring the natural beauty of the Pacific Northwest and taking delight in wildlife sightings from his riverside deck. With cheerful spirit in his everyday encounters, he brought a smile to all with his kindness, a quip or a story.

He is survived by his wife, Susan; sons Robert Franklin Turner (Susie) and Jeffrey Gordon Senecal; grandson Richard (Erin); and dear nieces, nephews and cousins. A memorial donation may be made to TwispWorks Foundation, P.O. Box 264, Twisp WA 98856 or a charity of choice. A private service will be attended by family at the Tahoma National Cemetery.