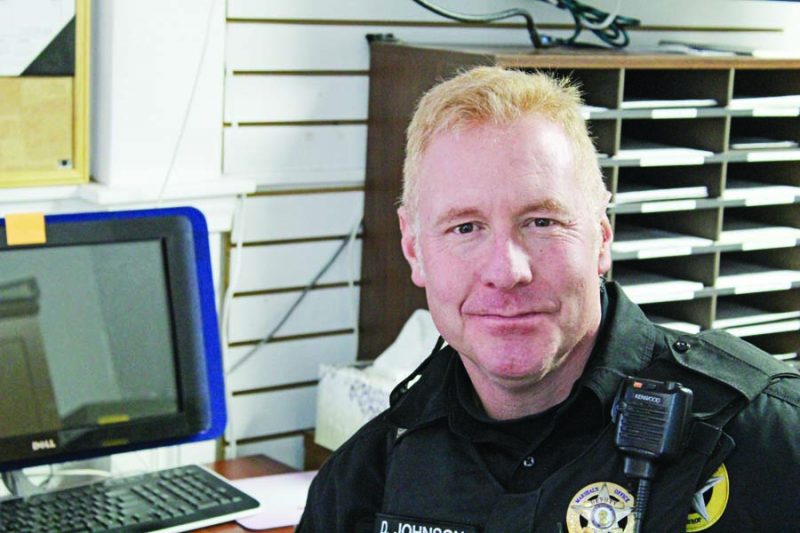 Doug Johnson has been appointed as Winthrop’s town marshal after holding the position on a temporary basis the past several months.

Johnson replaces Daniel Tindall, who last November lost a legal appeal to stay his decertification as a police officer in Washington state, and was forced to leave the marshal’s position. Johnson filled in as interim marshal since then.

Johnson was hired as a deputy marshal by then-Marshal Tindall in December 2017. When former deputy Ken Bajema, who had also served as acting marshal, was rehired by the town in August 2018, that brought the Marshal’s Office to its full complement of three officers for the first time in several years.

After Tindall’s departure, Mayor Sally Ranzau said that only Johnson and Bajema would be considered for the marshal’s position. When he was rehired in 2018, Bajema said in an interview that he preferred the deputy marshal position to the marshal’s job.

The town is now seeking another deputy to once again bring the police force to full strength.

Johnson previously spent about 25 years with the Tukwila Police Department, which has more than 70 sworn officers.

After advancing through the patrol ranks to the management level in Tukwila, where his responsibilities included running the narcotics, vice and patrol divisions and overseeing a complicated drug bust, Johnson still wanted to be a police officer but in a different setting, which is why he sought the Winthrop position, he said at the time.

“This is the ideally suited job I was looking for,” Johnson said in an interview at the time. The breadth of his experience, Johnson said, “allows me to do a lot of things and to be prepared for whatever happens here.”

Johnson grew up in Spokane, graduated from Ferris High School and attended Eastern Washington University, where he majored in sociology and criminology with a military science minor. He started with the Tukwila Police Department in 1993. He and his wife, Becky, have two daughters.

The CJTC is a state board that establishes standards for law enforcement officers. The commission’s decertification order was issued in late October after an administrative hearing in mid-October. The revocation order referred to a 2015 incident in which Tindall — then a Washington State Patrol trooper — was accused of making false or misleading statements related to the investigation of his son for alleged criminal activity.

In August 2015, Tindall retired from the WSP after 25 years of service. In 2016, he pleaded guilty to a misdemeanor criminal charge in the case involving attempted arson charges against his teenage son. At the November 2018 hearing, David argued that Tindall answered questions truthfully during the investigation into his son’s activities and made no false or misleading statements to any investigators.

• December 2015: Bajema resigns, which leaves town with no police officers

• February 2017: Henning fired by Mayor Anne Acheson, which again leaves the town with no police officers; town contracts with Twisp for police protection