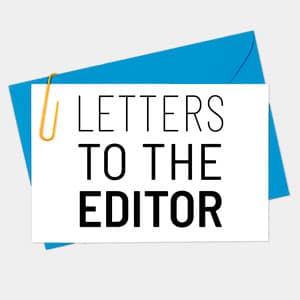 I am frankly disappointed with your decision to publish the hateful and factually inaccurate letter entitled “Planned deception” in the Feb. 20  edition. While I understand that opinions vary on the subject of Planned Parenthood, I believe it is inappropriate as a news source to publish a letter from such an obviously misinformed and ill-intentioned viewpoint.

In her letter of 12 sentences, Ms. Perrow makes seven false or misleading statements. Even by post-2016 standards, this is impressive. Aside from specific falsehoods throughout the letter, such as the claim that federal tax dollars are spent to “kill babies” when in fact by law no federal funding can go towards abortions, this is a dangerous example of fear-mongering propaganda. According to factcheck.org, only 3 percent of services provided by Planned Parenthood are abortions, while contraception accounts for over a third of services provided. Clearly women do not “choose abortion as [their] means of birth control,” as Ms. Perrow claims. This insinuation is dangerous, misinformed, and points to the fact that the writer is out of touch with issues facing young women today. Don’t believe in abortions? Great. Don’t get one. But don’t attack an organization for providing essential services to people who would not otherwise have access.

This letter leads me to wonder what, if any, guidelines for opinion publication exist? In this divisive political and cultural era, it is important for news sources to consider the accuracy of a piece of writing before endorsing its message through publication. I recognize your effort to introduce a variety of viewpoints to the opinion section of our beloved local paper, but the publication of falsehoods and attacks is not the most diplomatic or effective approach.

What is a citizen’s role?

Are you concerned about watershed function (water quality and quantity) and how it affects agriculture, domestic water supplies, hydroelectric projects, as well as fish and wildlife habitat (such as ESA-listed salmon, steelhead, bull trout, wolves and other fauna such as deer and flora such as forest stands and weeds like the highly flammable cheat grass)?

As a concerned and responsible citizen how should you respond to proposed actions that threaten those concerns? What if the responsible government agencies (such as USFS, USFWS, NMFS, or related state agencies) are not affording the necessary protections? What if the NGOs you support (such as MVCC,WWP, Advocates for the West, Wild Earth Guardians, TNC, Trout Unlimited, etc.) are not protecting those concerns? When should the responsible citizen take direct action at the local, regional or national levels?

The Forest Service is moving ahead with an amended Forest Plan for the Okanogan-Wenatchee National Forest that has provided winter cover for mule deer. That amendment allows the forest to proceed with the Mission Restoration Project, having found that it has insignificant short-term adverse effects limited to the local environment and does not warrant an EIS (Environmental Impact Statement). Those adverse effects will be for at least 10 years and may be repeated every 20-30 years, threatening the concerns mentioned above in the Libby Creek watershed, a sub-basin of the Methow Watershed. That project is on our public lands. As United States citizens, we are owners of those impacted resources. It is driven by commercial exploitation that will result in long-term cumulative adverse effects of logging and cattle grazing.

The initiated Mission Restoration Project will negatively impact critical fisheries habitat currently nonfunctional and “at risk” for endangered spring chinook salmon, steelhead and bull trout in the Methow Watershed, where substantial millions of dollars of public funds are being invested in their recovery. In addition, this project threatens the lives of human residents.

Do you as a concerned and responsible citizen have an active role to play in protecting our public natural resources by stopping such projects?

PREVIOUS LETTERS TO THE EDITOR