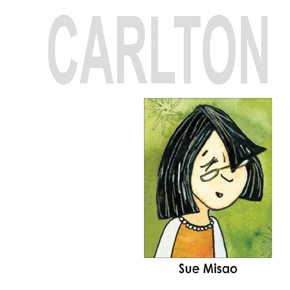 Early in July, I drove across the great divide to Carlton to get a bag of potato chips from the Carlton store before it closed. Back then the air was clear. I know many people in Carlton — where I still own a pint-sized piece of land on Libby Creek which makes me legit —  are sad to lose the store but from what I hear it’s actually still there, you just can’t buy potato chips. Except for my one tall, skinny, long-haired neighbor on the creek who didn’t even know Carlton had a store.

I ran into store owner Jeff Lyman, so we sat down at what seemed to me at the time to be a very tiny table though I could be wrong about that because my memory isn’t what it used to be and he told me the real reason he was quitting the store was because he wanted to spend more time coloring. He said he was hopeful someone would buy the store, but if no one did by the time winter showed up he would probably torch it in a giant bonfire that the whole community would be invited to. Bring dogs.

The truth is, I only left the valley because after working so hard, and by “working” I mean complaining nigh-weekly in the public prints, to get someone to buy the store after the (allegedly) horrid debacle of the 2006-2011 ownership during which Al T Lynch bought and (allegedly) destroyed much of Carlton including the store (I once bought a bag of potato chips there during his tenure that had a mouse-chewed hole in it), Jeff rode into town and rejuvenated the place by remodeling, re-opening, and running the store with groovy, fresh, modern-day potato chips and, for a while, ping pong. I felt good about leaving Carlton better than I found it.

Naturally, I am not inspired to move back and once again advocate for the reopening of store because I do not want to live a life wherein I’d have to drive 10 miles each way just to buy potato chips and seriously, I can walk two blocks for potato chips now. Needless to say, I’ve gotten a bit chubby.

The town folk seem mostly happy for Jeff to be pursuing his colorful dreams even if it means no more store. They are probably remembering how faithful and helpful he was during “The Troubles.” But if I still lived there, I would be livid and would taunt him weekly in the paper. I would call him up every time I ran out of gas and guilt him into bringing me a gas can. I would scribble all over his coloring books. Just thinking about it is exhilarating.

Meanwhile, I now live near the Everett Naval Station and every morning they play the National Anthem. I don’t know why I bring that up, but it just happened and maybe that’s why. I take it as a signal to start my day, or take a knee, here in America. Bye.

Sue Misao is a former designer, photographer and columnist for the News.