The coaches and athletes had to be pleased as well, as the boys’ and girls’ teams each continued to add impressive marks to the season’s growing list.

Cascade, Omak and Okanogan teams joined the Mountain Lions for the first competitive event on the new track.

Liberty Bell coach Rocky Kulsrud said that in a day of many personal bests, the girls’ relay teams were particularly noteworthy. The Lady Lions had their best times of the year in the 4×100 meter, 4x200M and 4x400M relays, he said.

Other PRs of note from the home meet: freshman Sammy Curtis and junior Angelique Kelley in the 100M dash; Palm in the 200M dash and shot put; Weymuller in the 400M run; senior Cece Odell and freshman Lena Nelson in the 800M run; freshman Josephine Cole in the 1,600M run; and sophomore Tommie Ochoa in the triple jump.

On Friday, the team traveled to Peshastin for the Rieke Invitational and competed against 11 other teams. The girls 4x100M and 4x200M relay teams again improved their times, Kulsrud said, and both marks were good for fifth on the all-time Liberty Bell lists.

In the 400M run, Aspholm in fourth, freshman Gretta Eberline in sixth and freshman Camille Odell in eighth all set personal records. Sophomore Maya Sheeley, usually a sprinter, moved up to the 800M run and took fourth place Junior Athena Milani took second in the 300M hurdles, while Weymuller took seventh in the 100M hurdles and sixth in the 300M hurdles as well as third in the high jump. Kelley was fourth in the long jump.

Lauren Ochoa had an off day in the shot put, but took second place in the discus.

For the boys, Gunnip-Hunter ran his best 400M ever for fifth place. Junior Emerson Worrell was fourth in the 800M. Stevie took second in the 300M hurdles and White fourth. Treise set a PR in the javelin for fifth place, took third in the long jump and was second in the triple jump.

Liberty Bell was at the Bridgeport Invitational on Tuesday (May 1). The teams finish the regular season on Friday with another home meet, the Liberty Bell Invitational. The first event is at 4 p.m. Subdistricts are on May 9 at Manson. 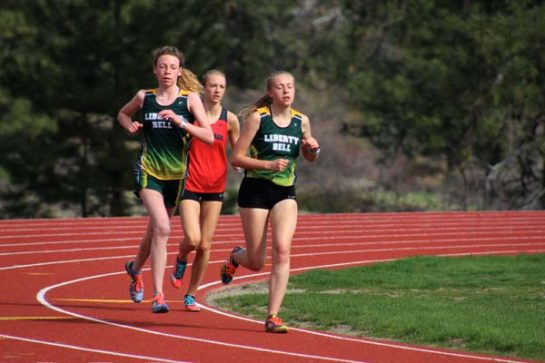 Liv Aspholm, left, and Icel Sukovaty were second and third in the 3,200-meter run. 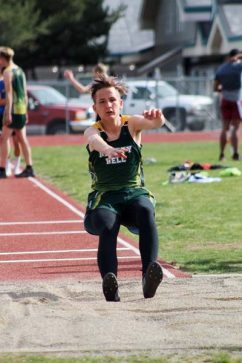 Marshall Budrow took fifth in the long jump with a personal best of nearly 17 feet. 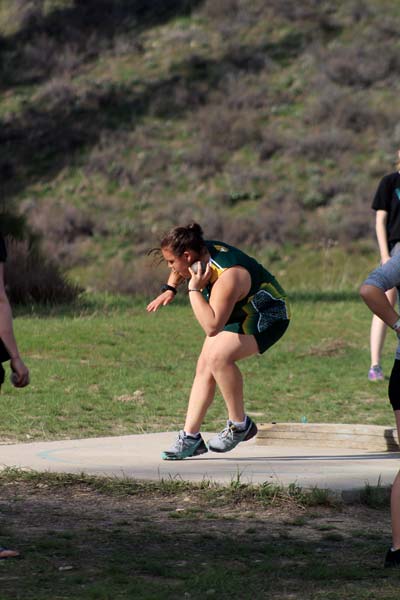 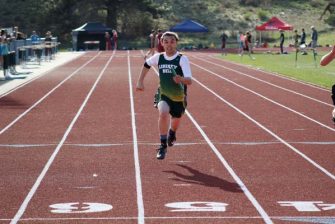 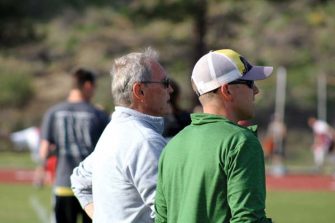 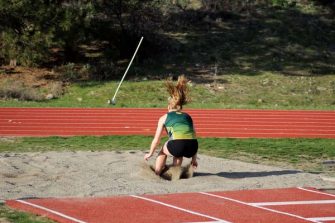 Ali Palm won the triple jump with a personal best. 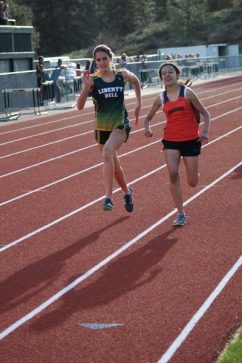 Cece Odell put on a finishing kick in the 800-meter run. 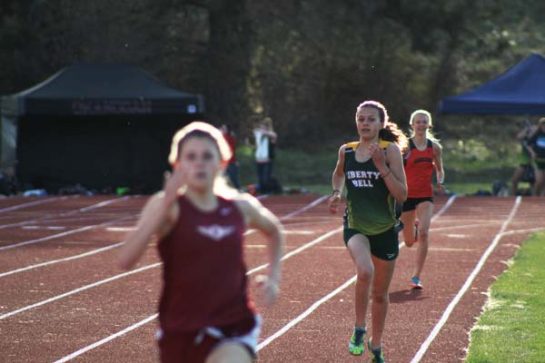