There was new math. And then even newer math. But one of the coolest things about today’s generation of math is that it’s not just about getting the right answer.

“The idea that kids use strategies, and that there are multiple strategies — and they’re all legitimate — is new,” said Sheryl Wolfe, a third-grade teacher at Methow Valley Elementary School and a math fellow with the regional Educational Service District.

In the past, there was a lot of rote memorization, formulas and algorithms. “There was no opportunity for a mistake — just the right answer,” said Anne Andersen, the Methow Valley district’s director of teaching and learning. Students didn’t understand the steps or why they were doing them, she said. 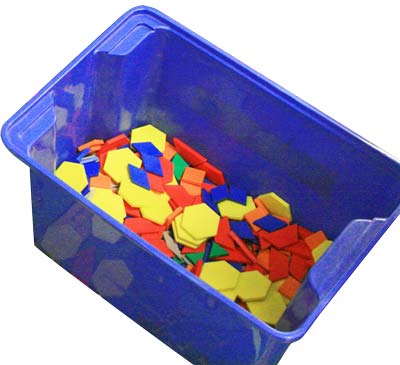 “It’s a new way of thinking about math — there’s absolutely no stigma in getting it wrong. That’s seen as an opportunity to figure out a different way of doing it,” said Andersen.

Earlier this month, Wolfe was leading her students in a lesson on what are called arrays — rectangular grids of rows, each row containing an equal numbers of squares. She showed the class a rectangle with four rows, six squares in each one.

“Can anybody tell me how many squares there are, total?” Wolfe asked the class. Then she got to what was really important — asking the students to explain how they figured it out.

Some kids had counted all the squares. One counted groups of five, and then added the four squares in the last column. Another split the grid into two sections, counted each by sixes, and doubled it.

“Is that OK?” asked Wolfe. “Can you break it apart? Is that a good strategy?”

In an interview after the lesson, Wolfe emphasized that the goal is to be quick and accurate in calculating a total. And getting comfortable breaking the arrays apart is a way of developing a strategy that will work for more complicated math problems, she said.

“If you just learn the basic facts, if all you’ve done is memorize, there’s nowhere to go,” she said. “By learning a strategy, the kids can figure it out.”

After the group lesson, students teamed up with a partner and rolled two dice — one for the number of rows and one for the squares — and competed to see who could arrive at the total first.

These lessons and related games are part of a new K-5 curriculum called Bridges in Mathematics just purchased by the Methow Valley School District. Teachers piloted a few different curriculums before settling on Bridges.

One important difference is that the old math curriculum wasn’t completely aligned with the state’s newly adopted math standards. As a result, teachers sometimes had to scramble to find ways to teach the lessons, said Andersen.

Bridges includes lots of activities that help kids grasp concepts before they’re introduced to the terminology. They may start by manipulating things with their hands or use pictures before they solve problems with numbers, said Andersen.

For example, in a unit on time, first-graders are given pattern blocks and asked to build for one second. “Students are always surprised how fast the time passes,” said first-grade teacher Amanda Armbrust. Then the kids do time experiments, holding their arms up for one minute and writing their name as many times as they can in one minute.

Fifth graders are currently learning about fractions. Earlier this year, they fanned out along the river trail in Winthrop, armed with measuring tapes, paper and pencil. Working in pairs, the students figured out the distance in kilometers between different amenities, including the park, a picnic table, a bus stop and a place to rent inner tubes.

Then each team drew a map of the trail and what fraction of it you have to walk to get to a picnic table or to rent an inner tube.

Back in class, fifth-grade teacher Jennifer Duguay led her students through a series of exercises to add fractions. They used a variety of approaches, including the upside-down T method, ratio tables, and double-number lines — terms that may not be familiar to people who haven’t studied fractions in years, but that give students different ways to visualize the concept.

“It can be difficult for parents, who may see kids doing activities without the math language they remember,” said Andersen. “They don’t see it connecting with what kids should be learning.”

Sixth-graders were deep in a lesson on statistics, part of a larger unit that incorporates biology and evidence-based decision-making. Earlier this fall, the students collected data on the Methow and Twisp rivers, counting insects and the types of vegetation. They will use their data to determine the best place to release juvenile salmon in the spring. The students are now making bar graphs, pie charts and tables to compare their findings.

“Can you find one number for turbidity that’s crazy-weird?” asked sixth-grade teacher Tyler Slostad. “As statisticians, if we were to include this as part of our data, it would make the range huge.”

The foundation for multiplication and statistics starts back in kindergarten. Each day, the kindergarten class updates the calendar and counts how many days they’ve been in school. That gives them a way to discuss patterns, geometry and even the collection of data, said kindergarten teacher Joan Stluka.

Bridges reinforces the concepts with games that help kindergartners build a solid understanding of numbers. That’s a basic prerequisite to doing computation, said Stluka. “I am not sure who loves our math time more, me or the students,” she said.

In their unit on time, first-graders build clocks and learn to tell time. Because it’s under the International Baccalaureate theme of “How We Organize Ourselves,” the unit helps students understand why people tell time and how we use it to organize our lives, said first-grade teacher Keri Miles.

“One thing I really like about the math curriculum is that it offers ways for kids to connect with math multiple times a day. The repeated exposure and practice time is what helps kids really master math concepts,” said Miles.

The key understanding is that all kids can do math, said Wolfe. “We help them understand the way they do it is OK,” she said.