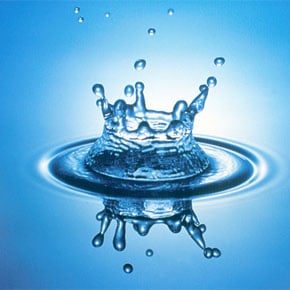 Washington legislators have introduced a flurry of bills to address a situation created by a state Supreme Court ruling that has put the construction of many new houses on hold until people can prove they have the water to supply the homes.

The October ruling by the high court requires anyone who wants to use a well to provide water for a new house to prove there is enough water — and that using the water won’t affect any pre-existing rights to the water. Pre-existing rights include minimum water flows set aside for rivers and fish.

The court ruling, often called “Hirst” for the lead plaintiff, has sent many counties scrambling to understand the implications and to devise a new procedure that complies with it.

Okanogan County has adopted a new process where the planning director would sign off on applications for new water uses, based on proof from the applicant that there is enough water — and that he or she has the legal right to use it. The county is also amassing data, such as well logs and hydrology studies, to help people make their case. People proposing new subdivisions using wells would apply through the county’s hearing examiner.

While the county finalizes its new procedures, a dozen building permits have been on hold since November, according to Okanogan County Building Official Dan Higbee.

The state Department of Ecology has also been working to interpret the Hirst decision and to advise counties and citizens. “This court decision is the result of many years of lawsuits, though it may feel like an overnight change,” said Ecology in a fact sheet about the ruling.

As Ecology notes, the court’s decision is legally binding and can only be changed if the Legislature enacts new laws. That has created half a dozen proposals from Democratic and Republican legislators.

A bill sponsored by House Republicans would swap the priority given to various water uses. At present, instream flows — the water that goes into rivers to support fish — are considered a priority water right. HB 1348 would make instream flows second to drinking water, water for agriculture and irrigation, and water for commercial and industrial purposes.

Beneficial water use would be defined to include domestic use, agriculture, hydroelectric power, mining, recreation, and fish and wildlife enhancement.

Another bill sponsored by House Republicans points to the investment of millions of dollars in fish recovery and habitat improvement, which it says has increased the availability of water in streams.

“In light of the expenditures … to protect fish habitat, any cumulative … impacts on instream or base flows that are associated with permit-exempt groundwater withdrawals … are deemed to be forever fully mitigated by the beneficial impacts on fish habitat,” according to HB 1349.

SB 5024, proposed by Senate Democrats, would allow applicants for new water uses to obtain a certificate from a county showing mitigations for the new use.

Ecology would assist counties in setting up these mitigation agreements. Possible mitigation includes purchase of a water right and the use of water trusts and banks to ensure that water will be returned to rivers.

Other mitigations could include cisterns to reduce the need for a new well. The bill would appropriate $10 million to help set up water-mitigation systems over the next two years.

SB 5239, proposed by Senate Republicans, would also put Ecology back into the mix, allowing an applicant for a new water use to rely on Ecology’s determination that there is enough water. That would be similar to the procedure in place before the Hirst ruling, when people building a new house that used a private well could rely on Ecology’s determination of water adequacy, rather than have to prove it themselves.

Under this bill, withdrawing new water for a house could not be considered to impair the minimum flows Ecology has reserved for rivers and fish.

A bill sponsored by House Republicans says that many water uses, including building a house, actually recharge aquifers because water is ultimately returned to the ground. HB 1459 states that development is “often associated with land use changes, such as the removal of trees, that return water to the aquifer.”

Another bill would affect the state’s overall approach to water and try to bring water law — some of it more than a century old — up to date. HB 1460 addresses the “use-it-or-lose-it” problem by allowing water-right holders to put water in a trust. Under long-standing water law, anyone who doesn’t put water to beneficial use for more than five years could lose all right to the water.

The proposed legislation would prevent people from being penalized for adopting water-conservation measures. The bill proposes water trusts and banks to discourage waste.

Okanogan County has set up informational meetings and public hearings about its procedure for proving water availability for new construction. The county’s hearing examiner will gather information and take public testimony.

• Technical presentations for both the Methow and Okanogan watersheds will be held on Thursday, Feb. 16, at 10 a.m. No public testimony will be taken.

• On Wednesday, Feb. 22, at 6 p.m., the hearing examiner will take public testimony about the Methow Water Resource Inventory Area (WRIA) 48.

• On Thursday, Feb. 23, at 6 p.m., the hearing examiner will take public testimony about the Okanogan WRIA 49.

The meetings will be in the commissioners’ hearing room in Okanogan.

Written comments may be submitted at the hearing or in advance to rking@co.okanogan.wa.us.