Next up: district meet in Wenatchee on Saturday

They were all cheered on by a large crowd of spectators who lined the course and the finishing chute to support the home team on a beautiful fall day.

Freshman Novie McCabe — running on trails named in memory of her late father, Sean McCabe — again led the way for the varsity girls, beating her second-place teammate and fellow freshman Gretta Scholz by more than a minute over the 5,000-meter course. Sophomore Athena Milani took third for a 1-2-3 sweep, with eight of the top 10 places going to Liberty Bell runners. With 15 points, Liberty Bell was the team winner.

Runners from 10 other high schools competed, but not every school was able to field a complete team of scoring runners in each race (five are needed).

In the junior high boys’ 1.5-mile run, Liberty Bell took the first four places. Eighth-graders Bodie Paul, Travis Grialou, Ian DeLong and Dusty Patterson finished in that order, leading the team to a score of 17 points for an easy win.

The most exciting race of the day was the girls’ junior high 1.5-mile run. In a gritty push to the finish, Okanogan’s Lexi LaDoux edged Liberty Bell eighth-grader Liv Aspholm by a mere 1 second. Seventh-grader Jori Grialou claimed third place for Liberty Bell, followed by eighth-graders Lindsay Worrell and Keeley Brooks in seventh and eighth respectively. Eighth-grader Eva Weymuller, in 11th place, rounded out the scoring for Liberty Bell, which won with 22 points.

“The crowd was awesome,” Liberty Bell coach Craig Herlihy said. “It was the largest crowd I can recall at a home meet.”

Liberty Bells’ runners “followed their race plans to a T, keying on particular teams,” Herlihy said. “Teammates were running in packs and hitting their splits at the mile marks, then running strong to the finish.”

The Liberty Bell teams now head to the 1B/2B District 5-6 championships at Walla Walla Point Park in Wenatchee on Saturday (Oct. 29), where they will attempt to repeat last year’s first-place finishes.

* Liberty Bell was the only team that fielded enough scoring runners.

(click any of the square, thumbnailed-size images to open a full-size slide show) 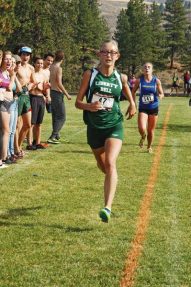 Photo by Ann McCreary
Athena Milani drove to the finish to claim third place in the girls’ competition. 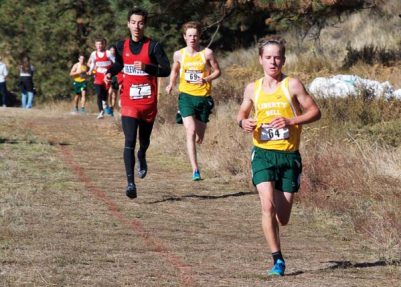 Photo by Erik Brooks
Walker Hall, right, and Wes Olive stayed near the head of the pack in the varsity boys’ race. 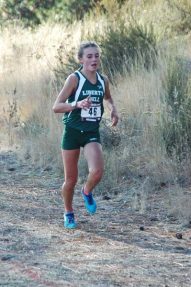 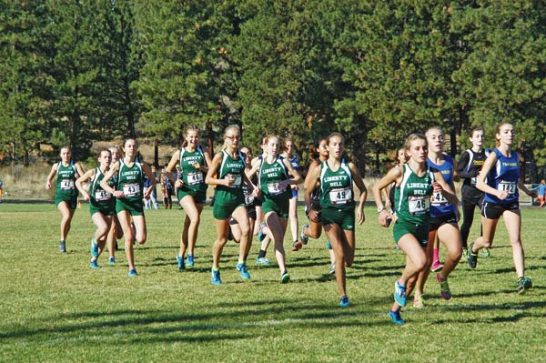 Photo by Ann McCreary
Novie McCabe broke out fast at the start of the girls’ varsity race, leading a pack of Lady Lions onto the 5,000-meter course. 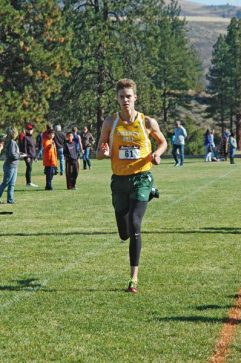 Photo by Ann McCreary
Carter Dornfeld was close behind in 15th place. 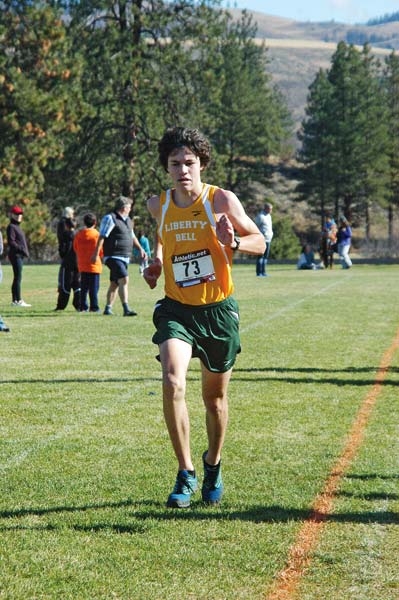