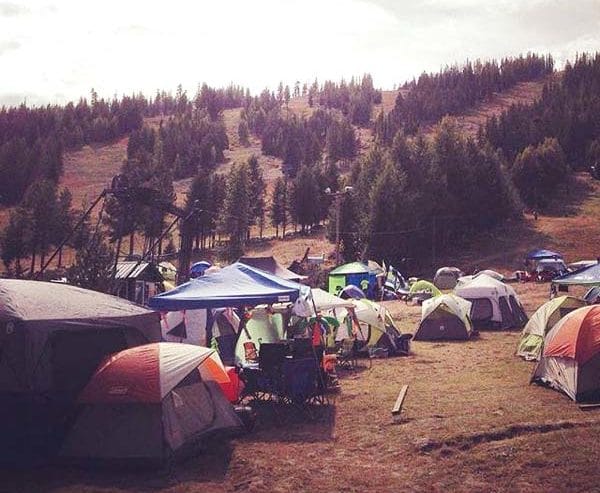 The Ragnar Trail Run series finally made it to the Loup Loup Ski Bowl, and the two-day relay race was a huge success, Loup Loup General Manager C.P. Grosenick said this week. 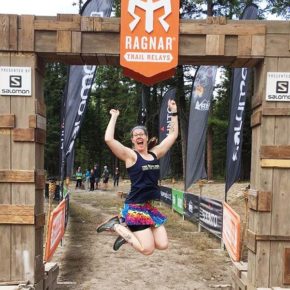 Ragnar is an organization that stages running races on roads and trails around the country. Teams come together to run a course over two days and one night.

For Ragnar Trail Relays, teams of four or eight run relay-style on three different single track loops that start and finish at Ragnar Village, the temporary tent city that springs up at trail races (no RVs are allowed). Teams run day and night until each member has completed all three trail loops. The total mileage for each runner is close to a half-marathon.

“It’s challenging for the runners,” Grosenick said. “It’s not an easy course.” 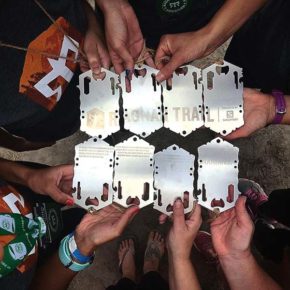 More than 200 teams registered for the sold-out event at the Loup on Sept. 16 – 17, Grosenick said. Ragnar Village was full and cars were parked out to Highway 20, he said. Volunteers, including quite a few local residents, helped out with the race. Food for the tent city was catered.

Grosenick said he enjoyed watching the runners’ headlamps bobbing along the Loup trails at night as he observed the race from the main lodge.

“It took over the entire base area,” Grosenick said of the event. Ragnar provided the “infrastructure” such as portable toilets, he said. 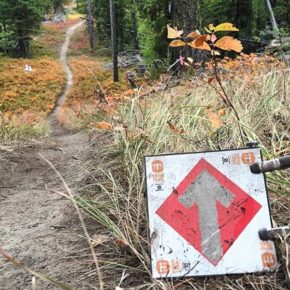 “The most impressive thing about their organization is their efficiency,” Grosenick said of Ragnar. The race was set up and taken down quickly, he said, and the race organizers practice a “leave no trace” ethic.

“They left it better than they found it,” Grosenick said.

While it’s not possible to easily calculate the event’s value to the local economy, Grosenick said that many team members found their way into the valley before and after the race.

The Loup had hoped to host a Ragnar trail run last year, but the U.S. Forest Service had closed the area to recreation, Grosenick said. Grosenick said the Loup and Ragnar are “in discussions” about staging another race next year.