Nine riders and seven horses from the Moccasin Lake Ranch Equestrian Team traveled to Wenatchee last weekend to compete in the Appleatchee Riders Dressage Show, and brought home a host of ribbons for the effort.

Sisters Willa and Daisy Hilton, ages 13 and 12, of Winthrop, both placed first in their dressage equitation classes.

“The weekend was jam packed with challenges, logistics, learning, hard work, good humor, triumphs and transformations,” said head coach Annie Budiselich. “Every rider pushed themselves and took their riding up a notch.”

The show has been an annual tradition for the team since 2001.

Dressage is a term that comes from the French word meaning “training” and its purpose is to develop the horse’s natural athletic ability and willingness to work. When the series of movements is performed well, there is an impression of the horse “dancing” with its rider.

The team will have an opportunity to hone dressage and jumping skills on Friday and Saturday (June 19 and 20) when instructor and coach Marg Clumpner of Ferndale, Washington, visits Moccasin Lake Ranch to teach a clinic. If you are interested in auditing the clinic, contact the ranch at 996-9881.

Click any of the thumbnail sized images below to view photos in a gallery format. 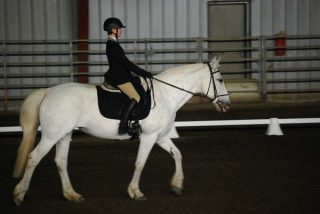 Photo courtesy Moccasin Lake Ranch
Daisy Hilton and Syd Schuler, both 12 of Winthrop, compete in a dressage suitability class where the horse is judged for its gaits. 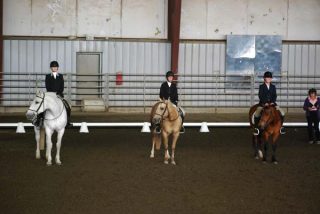 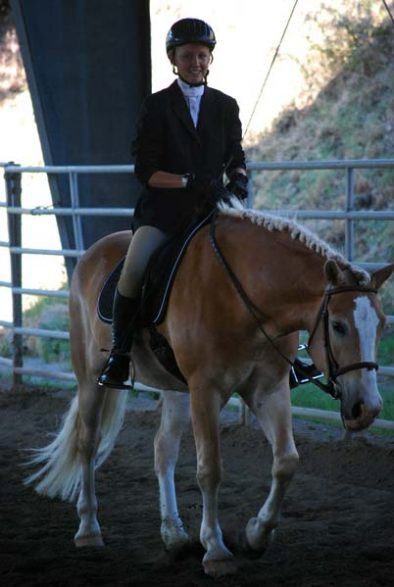 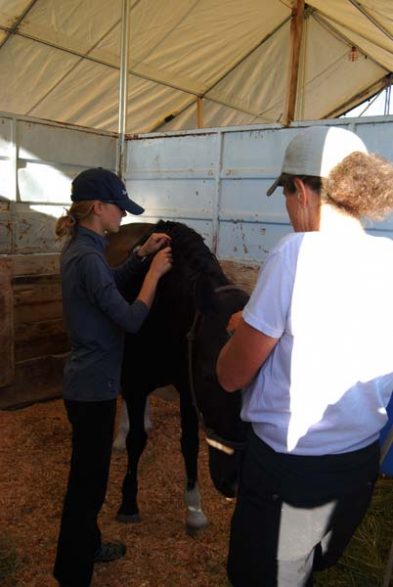 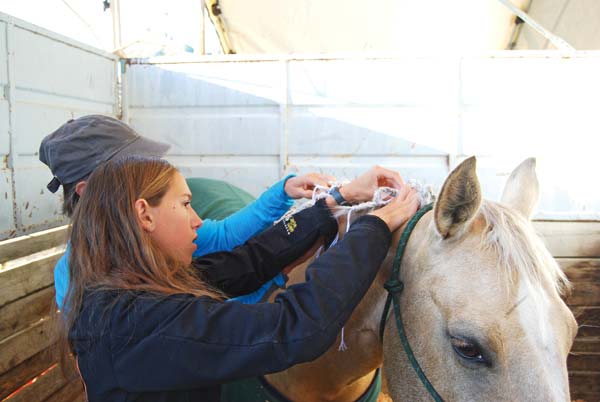