Click any square thumbnail-sized image to view the slideshow. 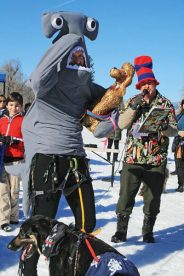 At Saturday’s Doggie Dash in Wintrop, photos, clockwise from right: John Cochran and his dog, Timber, received the coveted Golden Poodle from announcer Ken Bevis, right, for best costume. Cochran, from Okanogan — competing for the first time in the event — said he had conceived of the idea for the shark-and-swimmer costume (note the swimming trunks on Timber) even before Katy Perry’s Super Bowl halftime act, but when the dancing sharks went awry, it clinched it. The winner has the privilege of displaying the Golden Poodle for just a year, when it is bestowed on the next year’s best-dressed human and canine. Photo by Marcy Stamper

Kelly Schuh, one of only two competitors under 18, and her white Labrador, Finley, honored Dr. Seuss as Thing 1 and Thing 2. Photo by Marcy Stamper

Lynette Westendorf, as Red Riding Hood (wearing a cape her mother made for her when Lynette was in high school), hit her stride with Molly Bloom as Lupus malus. Photo by Marcy Stamper 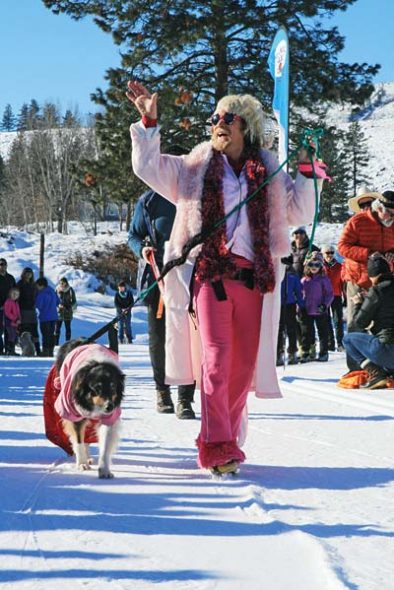 Richard Wasson, as Marilyn Monroe, graciously acknowledged his admirers as he promenaded with Trip, his lap dog. Photo by Marcy Stamper 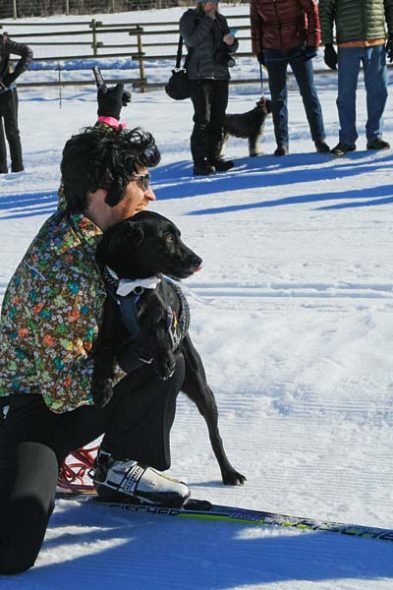