It’s been a harrowing week in the Methow Valley with wind storms, wildfires (both new and ongoing) and lightning storms. This gallery of photos by the Methow Valley News staff chronicles many of the significant moments. Click on any square thumbnail-sized image to launch the gallery viewer. 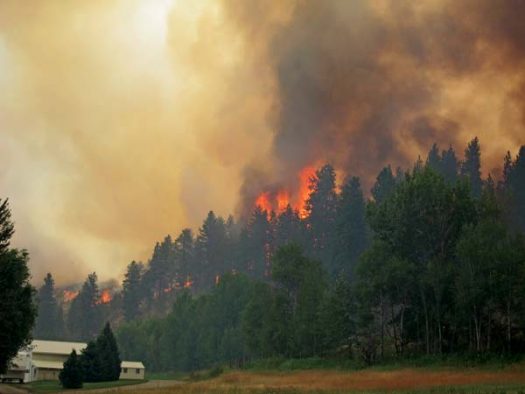 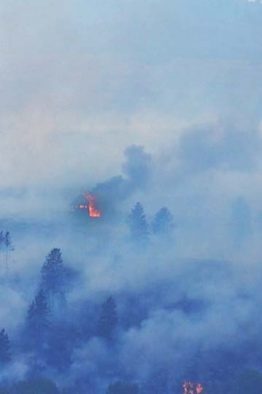 A structure engulfed in flames above Rising Eagle Road was visible from across the valley. Photo by Laurelle Walsh 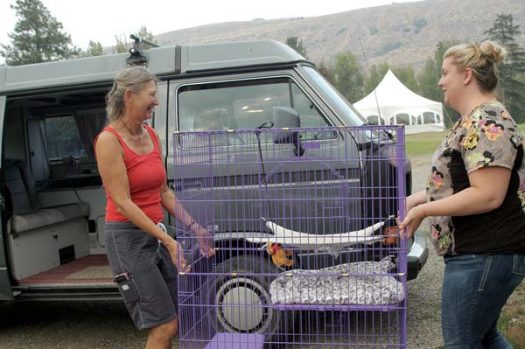 Methow Valley Veterinary Hospital employees Melinda Oakley,left, and Cassandra Krunnies moved animals and cages out of the clinic as a precaution during the Rising Eagle Road Fire. Photo by Ann McCreary 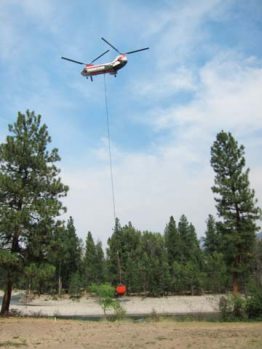 A helicopter fighting the Rising Eagle Road Fire dipped its water bucket in the Methow River. Photo by Don Nelson 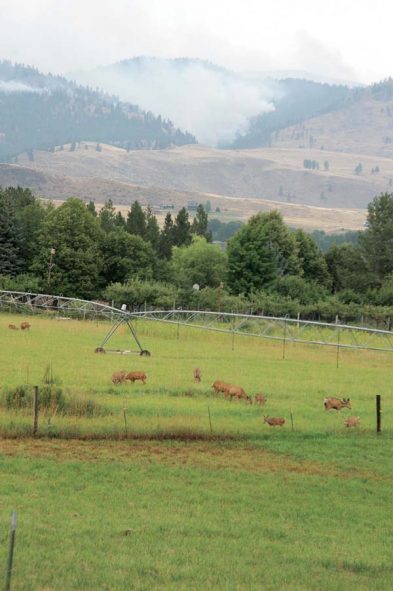 Deer graze in a field on West Chewuch Road against a backdrop of smoke from the north end of the Carlton Complex Fire. Photo by Ann McCreary 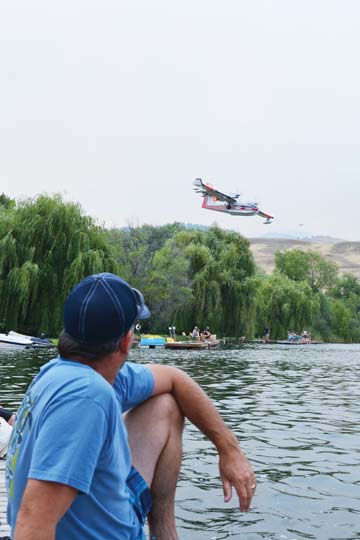 Campers at Silverline Resort were notified that a Level 2 evacuation order was in effect for Pearrygin Lake, but most elected to stay. Families watched from the shoreline as air tankers scooped up water from the lake. Photo by Laurelle Walsh 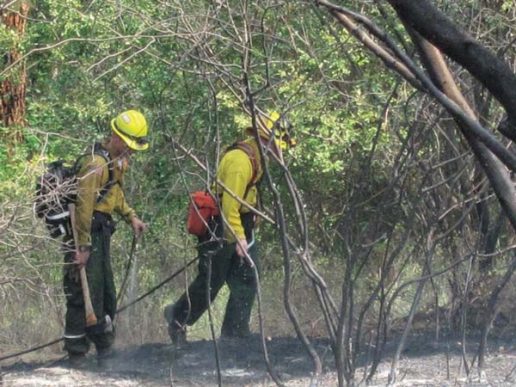 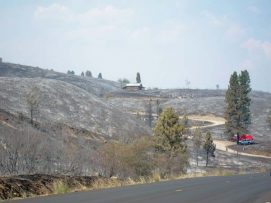 The day after: a portion of the Rising Eagle Road fire area seen from Highway 20. Photo by Don Nelson 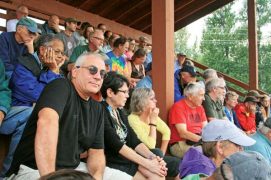 Residents gathered for a fire information meeting on Saturday in Winthrop. Photo by Marcy Stamper 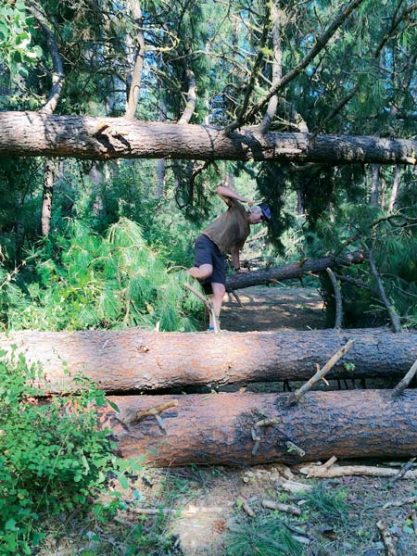 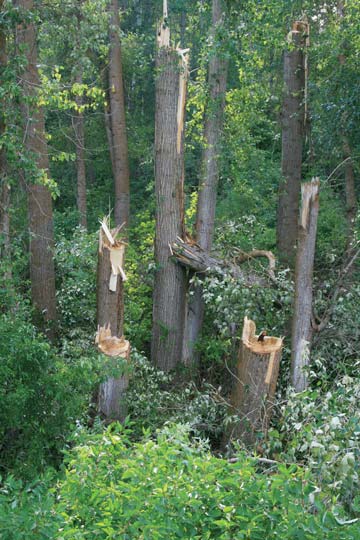 Hundreds of trees were downed by the weekend storm. Photo by Marcy Stamper 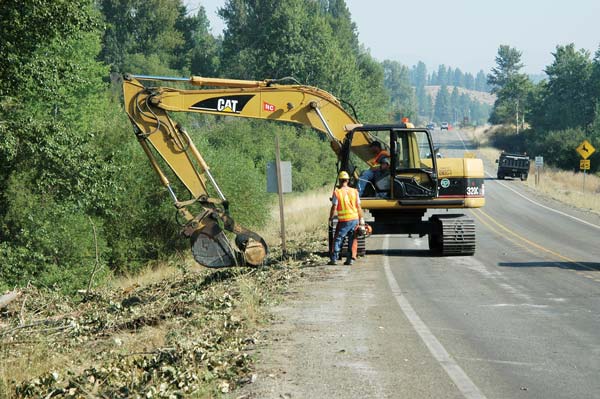 Road crews used an excavator to move debris from trees blown down along Highway 20. Photo by Ann McCreary