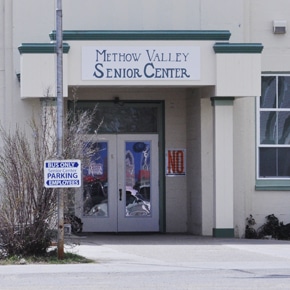 Another sunny and warm week in the Methow. Four of our grandsons were here last week. They are between 6 and 11 and we are about seven times that and minus seven times as much energy. Whew. Anyone who wants to stay in shape for sports should have to babysit little boys. Health clubs across the country would be closing as would bicycle emporiums. All adults would be found under a sun umbrella mumbling incoherent statements if those under 12 ruled this world. May be not a bad thing, actually.

We older people have a lot to learn from the young. They play together until one does something not liked by another. A fight breaks out with little actual violence, mostly chasing and pushing. In about 15 minutes they tire of being angry and once again are “best buds.” Just think about the consequences of such behavior.

We wouldn’t have left or right philosophies because the teams change sides often on a whim. Wars would be too short to get the artillery set up. A small skirmish would be enough to alleviate the wronged party and all would be forgiven until the morrow. No cell phones, just video games.

Building things in the dirt would be the norm, encouraging creativity that we older folks seem to have forgotten. Remember turning a scrap of wood into an “exact replica” of an actual item? Imagination is a wonderful thing many of us have lost over time.

Running in sprinklers and riding small engine-driven vehicles or bicycles, or horses would be the highlight of the day. As exhaustion sets in, we would all be tucked into bed by some benevolent tall person, prayers said, and lights out. A much simpler world, I think. Maybe we should try that for a while. What we are doing now doesn’t seem to be working very well.

Friday, July 4: Closed for the holiday.