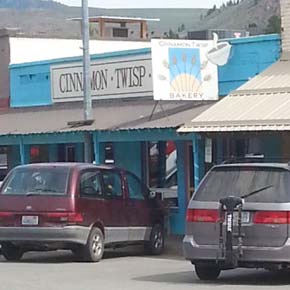 Cinnamon Twisp Bakery will celebrate its 20th anniversary on May 5 with a gathering at the Methow Valley Inn, featuring appetizers, desserts, a no-host bar and music by the Rivertown Ramblers. The free event will be from 4 – 8 p.m. For more information, call 997-5030.

Don Elsing, wine director at Sun Mountain Lodge, was invited to be a judge at the Second Annual Great Northwest Wine Competition at the Columbia Gorge Hotel in Hood River, Ore. Some 150 wineries from Washington, Oregon and Idaho submitted over 900 wines. Under Elsing’s leadership, Sun Mountain Lodge has received numerous awards for its wine list.