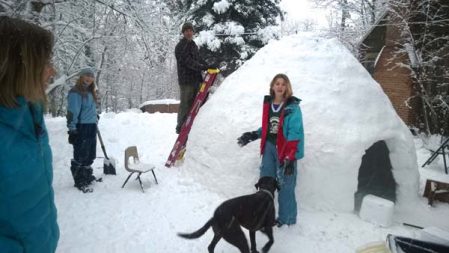 Photo submitted by MK Johnson
The Dean McFetridge and Mike Harmon families collaborated to build an impromptu snow structure — also known as an igloo — last weekend at the Winthrop U.S. Forest Service housing complex. According to reports, there was no interest in building a fire inside the snow hut. 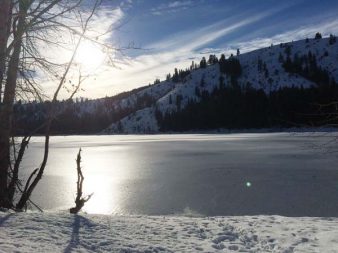 Patterson Lake in the afternoon on Dec. 14, 2014. Photo by Patty Payne

We were just wonderling …
… what happened to the thoroughfare formerly known as Wandling Road, located off of Twin Lakes Road, after the county finished a major paving project recently — which included this new sign. Photo courtesy of Aristides Pappidas 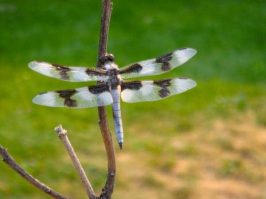 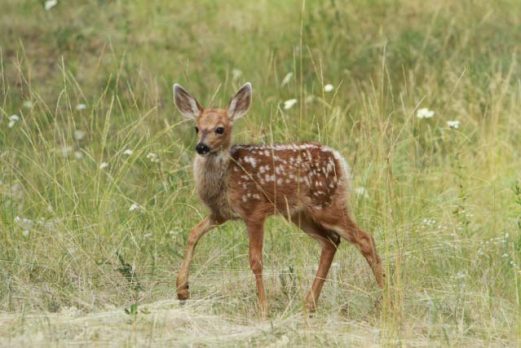 One of two twins spotted in the Twin Lakes area. Photo by Janet Hill 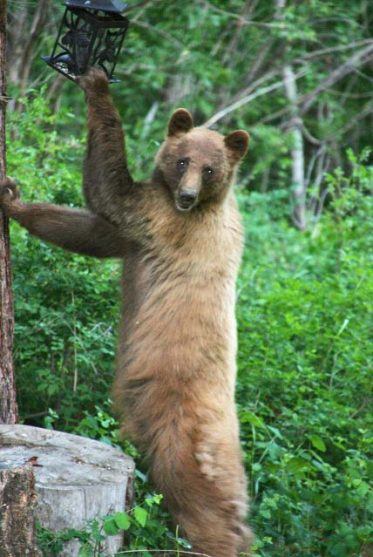 Memorial Day picnics aren’t just for humans! This photo was taken by reader Erik Sebby at his cabin near Mazama. Photo by Erik Sebby 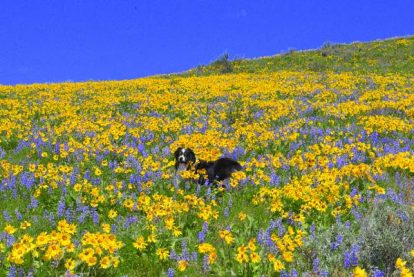 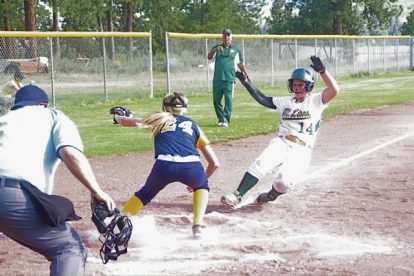 Kuirstin Pilkington sliding into home at May 13 game against Oroville. Reader submitted by Brent Tannehill 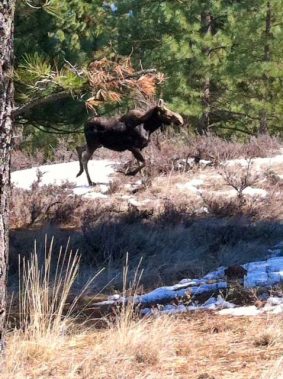 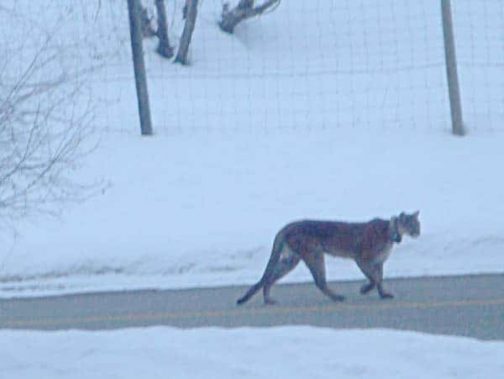 A cougar walking down the middle of the road in front of a West Chewuch home. This photo, taken by the homeowner, shows one of the cats collared during the course of local research efforts. This animal is not known to be involved in any of the depredation incidents in the Methow Valley this winter. Photo by Georgia Adams 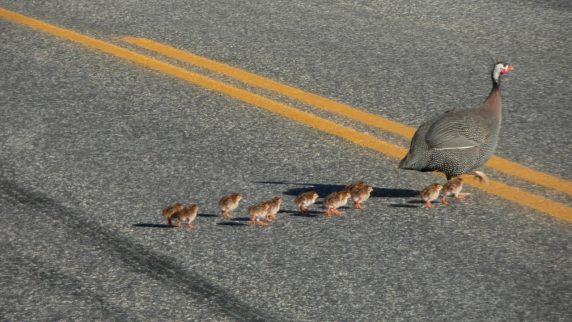 A mama guinea fowl and her brood crossing the East County Road on Oct. 14. Photo by Jim Oswald 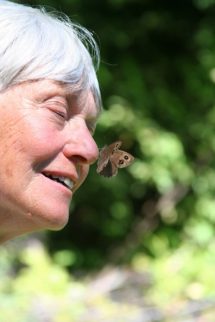 At the August butterflies workshop with conversationist Robert Michael Pyle at North Cascades Basecamp, Joy Farquarh held a wood nymph on her nose ready for release after learning its life history. Photo submitted by Kim and Steve Bondi 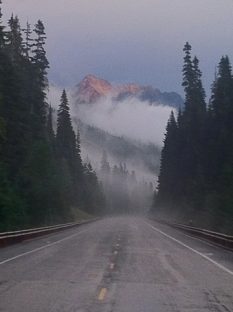 Washington Pass on Aug.4, after a thunderstorm. Photo by Julianna Owens 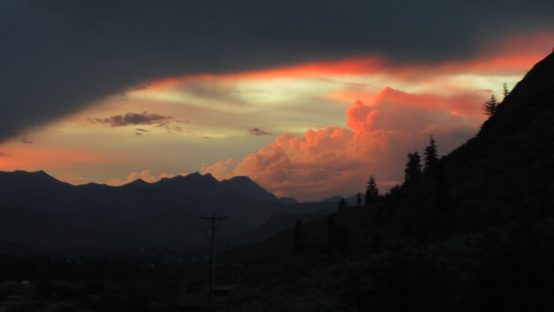 Sunset after Aug. 4 storm, taken in Twisp, facing north toward the Pasayten. Photo by Roberta Arden 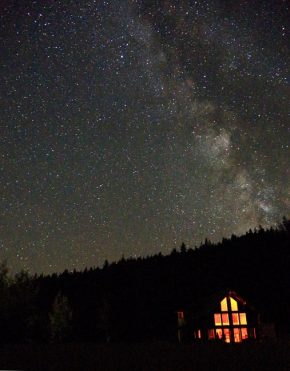 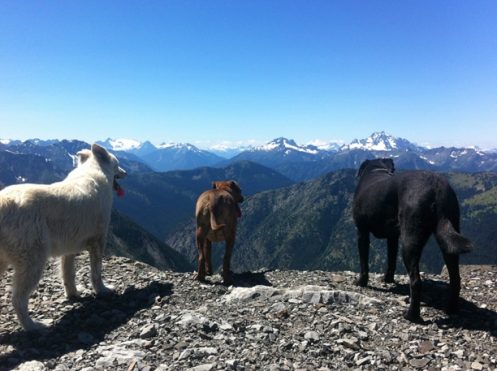 Zeus, Dottie and Ella enjoying the view and the cool breeze atop Slate Peak. Photo courtesy of Julianna Owens.

Monday, Aug. 5: Looking upriver at the Methow River/Chewuch River confluence from the pedestrian bridge in Winthrop. From top to bottom, the rivers at 10 a.m., then at 2 p.m. after the silt from Sunday night’s storm in the high country made its way to town, then again at 5 p.m. after the Methow River began to clear while the Chewuch turned a yellow-green color. Photos by Jason Paulsen 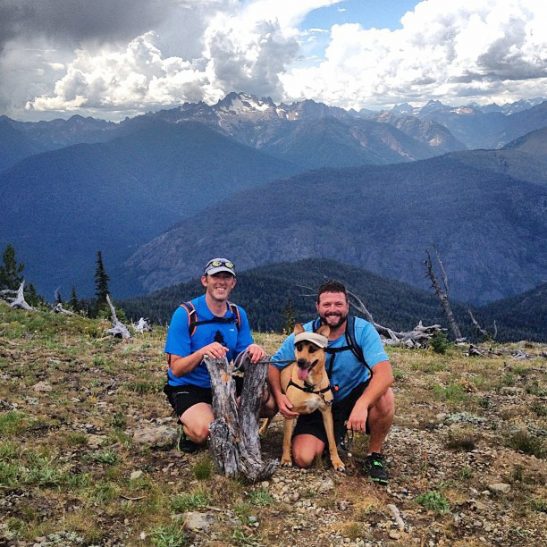 Sunday, Aug. 4: Joseph Weaver, left, and Casey Bouchard and their dog Meg, aka, Nutmeg, aka Nut, aka Nut Job, on top of Goat Peak just below the lookout. Photo by Jennifer Kovitz.

Share your photos with the Methow Valley News HERE