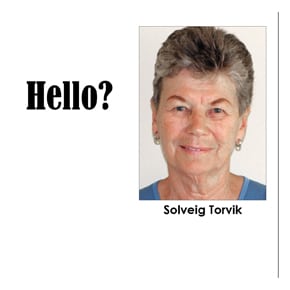 I beg the Lord to grant us more politicians who are genuinely disturbed by the state of society, the people, the lives of the poor. — Pope Francis

This Christmas season a riveting message is emanating from the mothership of Christianity in Rome. Make that the fathership.

Admittedly it’s hard to take seriously moral advice dispensed by anyone who claims to have it from the primary source that God considers women second-class human beings. Yet Catholic males jealously guarding the power inherent in their exclusionary, gender-based relationship with God are hardly alone in promulgating their delusions about female inequality; religions the world over are keen on keeping women unequal. But that’s a story of institutional suicide for another day.

Today’s story is that Pope Francis is moving through the Vatican like Jesus throwing those moneylenders out of the temple. It’s a refreshing spectacle. It has cheered Catholics unnerved by the priesthood’s widespread corruption, which deservedly has cost the church much of its perceived moral authority. Pope Francis manifestly understands that he must turn all this around.

Of all the popes in living memory, this one seems most focused on alleviating human misery. Pope Francis appears to be making the poor his primary concern and seems to be walking the talk. And he seems bent on expanding the Catholic church’s definition of sin beyond its obsessive focus on sex to instead emphasize a common human obligation to help others.

His message resonates beyond the church Pope Francis is trying to reform. It comes at a ripe moment: people may actually listen when he says “… today we also have to say ‘Thou shalt not’ to an economy of exclusion and inequality. Such an economy kills.”

In his apostolic exhortation Pope Francis not only decried “a globalization of indifference” to those excluded from or exploited by the capitalist market economy. He called on political leaders to focus on seeing to it that people have “dignified work, education and health care.” (Sigh … )

But the pope’s most shocking remarks have to do with ownership of wealth. In this country, the yawing gap between the rich and the rest has widened to extremes not seen in a century. Between 1979 and 2007, the after-tax income of the richest 1 percent of Americans rose 275 percent while that of the bottom fifth rose 18 percent, according to the Congressional Budget Office. Talk about shocking.

Here’s what Pope Francis had to say about that sort of thing: “Not to share one’s wealth with the poor is to steal from them and to take away their livelihood. It is not our own goods we hold, but theirs.”

He was quoting “one of the sages of antiquity,” St. John Chrysostom, Archbishop of Constantinople, who died in 407 A.D. Pope Francis urged today’s “financial experts” and “political leaders” especially to ponder the saint’s timely remarks.

The wealth of the few always has been made possible by the labors of the many, as the Archbishop of Constantinople clearly understood. But too many of our political leaders and the blessed 1 percent prefer to ignore this.

My sense is that Pope Francis understandably enough is more focused on the plight of the Third World’s destitute than the struggles of the economically excluded in the world’s richest nation. Still, many Americans are poor and many do receive unequal, exclusionary treatment from their government and their employers — as well as their churches, should they happen to be female.

A week before the pope’s exhortation, an American politician, apparently “disturbed by the state of society,” took to the floor of the United States Senate to urge a heretical remedy for some of this inequality: don’t cut Social Security benefits, expand them.

Sen. Elizabeth Warren, D-Mass., argued that a generation ago, middle-class Americans were able to save an average of 11 percent of their take-home pay to help with retirement. Plus, 35 percent of private sector workers then had defined pension benefits they could count on; today only 18 percent do. Those safe, defined benefit pensions have been replaced by risky 401(k) investments that force workers to gamble on an unstable, under-regulated financial market (remember 2009?).

Even so, nearly half of all American workers today don’t have access to even a 401(k) plan, which means they toil for employers who give them no help whatsoever with retirement savings.

What do you suppose the sainted John Chrysostom would have to say about that? Hello?

“There is a $6.6 trillion gap between what Americans under 65 are currently saving and what they will need to maintain their current standard of living when they hit retirement — $6.6 trillion. And that assumes Social Security benefits aren’t cut,” Warren said.

One-third of American working families close to retirement have no retirement savings of any kind, Warren said. Another third have total savings that amount to less than one year of their annual income. So future retirees will be even more dependent on Social Security than now, a time when two-thirds of seniors already are relying on it for most of their income.

If lawmakers adopted the measure of the real impact of inflation on seniors developed by the U.S. Bureau of Labor Statistics, benefits would increase, not decrease, said Warren, who proposed what she described as modest system tinkering to make her proposal pencil out. Today Social Security has a $2.7 trillion surplus, which will meet its obligations for 20 more years.

But what’s wrong with today’s workers, anyway? Why can’t they make ends meet, plus save for retirement?

Warren, the former Harvard professor credited with establishment of the new U.S. Consumer Financial Protection Bureau, would tell you much of the answer lies in wrongheaded government policies that have encouraged a dangerous growth in disparity of incomes over the last 30 years.

Warren, an expert in bankruptcy law, seems to know bankrupt public and business policy when she sees it. May her tribe increase. As the pope rightly prayed.