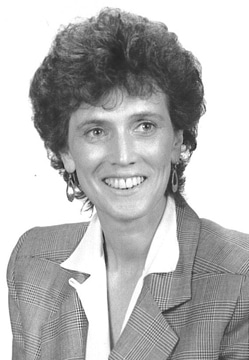 Dolores Ann Sobjack of Blaine, Wash., passed away Friday, Nov. 29, 2013, at OHSU Hospital in Portland, Ore., from complications due to surgery.

Born on March 2, 1941, in Bellingham to Grace (Miller) and Floyd Tuttle. Dolores, along with her brother, Richard Tuttle, grew up on Lummi Island. Her two close friends during those years on Lummi Island were Laurel Peterson and Maggie (Trumbull) Sterud. She had many fond memories of fun times shared together with special friends, Aunt Joan, cousins Gloria Miller and Barbara Miller, Jana (Barr) Larson, Donna Walters, and numerous other friends.

Dolores attended Beach Elementary School, at that time a one-room school with a total of 49 students. She graduated from Ferndale, Wash., High School in 1959 and Shaw Business College in 1960. During high school, she met her life-long friend Jana Larson. In 1960, she married Don Sobjack and raised his 4-year-old son, Donny. They had two more sons, Brad and Todd. Dolores was a loving, devoted mother to her three boys. She and Don were married 42 years.

The family enjoyed many family fishing and hunting trips to Winthrop, where they later built a cabin. Don passed away in September 2002, leaving a great void in his family’s life. One of the highlights of her life was her trip to Russia with her former daughter-in-law to bring back her new grandson, 14-month-old Evan Sobjack. When Evan was 15 years old, she hiked to the bottom of the Grand Canyon with him, his friend, and her sister-in-law, Gayle Tuttle. After spending two nights at the bottom, they made the trek to the top.

Hiking and walking was one of her favorite ways to stay fit. She took trips to Disneyland and Arizona with grandchildren Dylan, Casey, Lindsay and Desiree Sobjack. She would take the grandchildren separately to the zoo, shopping or out for ice cream. Dolores was born to shop and shop she did, bribing her granddaughters Lindsay and Desiree to head to Seattle with her to shop until they dropped. She also treated her daughters-in-law to overnight shopping trips at Christmas time in Seattle and Canada.

Curt and Alisa Lawyer, her step-grandchildren, joined the family as older children and Dolores regretted not knowing them as little ones. Watching her grandchildren grow up was very special to her. They had many good times together. She loved each of them unconditionally, never questioning their decisions, and was proud of them all. She loved her great grandchildren, too, and enjoyed creating special memories with each one of them.

Dolores was Worthy Advisor in the order of Rainbow for Girls where she received the grand cross of colors and was a member of Eastern Star. Always active in volunteer work, she was involved in her children’s preschool group and continued her involvement in their school activities until they each graduated. As a young woman, she was a pink lady at St. Joseph Hospital. As the children grew up, she became an active member in the Sister Rose Fidelma Hospital Auxiliary and made many close friends and happy memories. She was president of Central Auxiliary for 12 years. During her years as president, thousands of dollars were donated to the hospital through the auxiliaries, funding many improvements to aide in patient care and comfort. She was also a member of the Hospital Community Council, and the St. Joseph Hospital Foundation.

Dolores began her career in the Bellingham School District as a part-time teacher aide. After many years of working, she retired from Bellingham Schools on Aug. 30, 2003, as administrative assistant to the director of student services.

Dolores enjoyed traveling, adventure, walking, snowshoeing, and visiting with her many friends. Friendships and family were important to Dolores. She would get up early to meet friends at Starbucks before work if that was the only way she could keep contact. She valued her friendships immensely. Her hobbies included gardening, crafts, interior decorating and creating festive gatherings for family and friends. She was a gifted and creative woman.

Dolores met her companion and partner, John Nunemaker, after the death of her husband. She and John spent many happy times together listening to their favorite music, working crosswords, taking trips, fishing, camping, visiting with friends and family, cooking, traveling to the cabin in Winthrop, cruising, and planning their new home together in Blaine. John had two grandchildren, Brandon Nunemaker and Madison, that she came to love and cherish. She also enjoyed his two sons, Brian and Rob. She and John traveled to Fresno, Calif., to visit and spoil those little ones.

In lieu of flowers, donations can be made to Sister Rose Fidelma Hospital Auxiliary, St. Joseph Hospital Foundation and Sean Humphrey House

You may share your thoughts and memories of Dolores at www.farewelltributes.com.