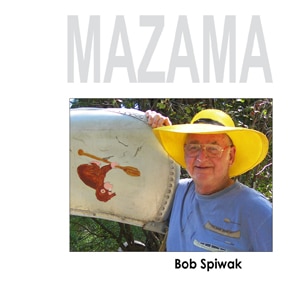 An unofficial gathering of at least 40 people were in attendance for an 11 a.m. flag raising Monday (Nov. 11) at the Mazama Store to commemorate Veterans Day. Among these were local veterans of wars we have fought from World War II to the present.

The weather was foggy, damp, cold and probably much like that of Nov. 11, 1918, in France. That day, the armistice ending “The Great War” or “The War to end all Wars” was signed in a railroad car in a French forest near the front lines.

Pastor Randy Pickelsimer opened the ceremony with a commentary thanking the assembled vets for their service to our country. He didn’t stop there, asking that we remember the men and women in uniform who today are engaged in conflicts around the globe and will someday be veterans themselves.

The flag was raised by Sam King, U.S. Army, and Rudy Peterson, ex-U.S.Navy pilot. Old Glory had been donated by Red McComb, a Guadalcanal Marine veteran, to be used at these occasions. Red died earlier this year. Frank Malley, 92 years young, again played appropriate music on his trombone.

This was, I believe, the fourth year of the event and every year has drawn more people to the occasion. The onlookers and relatives of those being honored and remembered far exceeded the vets, who in some cases appeared uncomfortable having the Methow paparazzi taking pictures. Diminutive Koko Blakeslee, a Navy vet, was in full uniform. It still fit perfectly, although she noted that when her hair was fluffier her cap fit better. Another honoree, Doug Devin, was likewise attired in his full Marine uniform.

Pastor Randy offered a brief prayer, and then people congregated to chat with old friends and venture into the Mazama Store, which had generously offered free coffee and goodies to everyone in the area.

As a matter of history there is a confusing combination of terminology involving the end of the First World War. It was originally called Armistice Day. The railroad car treaty ended the fighting after one at a time, then several, of Germany’s allies surrendered. Germany never formally surrendered, as diplomatic jargon goes, but signed the armistice papers concluding the shooting.

It is said that in a surrender there is always a winner, while nobody wins if there is an armistice – all parties simply agree to stop fighting. Be that as it may, Germany had to cede a lot of real estate and the upshot of that was, besides humiliation, the rise of the Nazi Party and Adolph Schikelgruber, better known as Hitler.