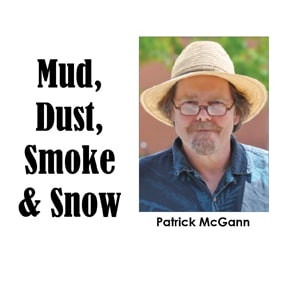 I was writing my column on the modern secessionist movement of the West, as was just voted on in 11 Colorado counties, when I wandered off into “the role of tradition and tolerance in a free society.” I do that every now and then. I call it “going tweedy.”

I immediately fell asleep. I tried it three more times and three times I knocked my glasses off my nose in fall-asleep face plants. I should bottle this stuff and sell it to insomniacs. But first, change the subject.

So I thought about the recent vote, still too close to call as of deadline, on the suicidal, horrific, monstrous, unfair, mean, crazy idea of raising the minimum wage to $15 an hour in the city of SeaTac at airport-related businesses, and an almost immediate launch of a debate of doing the same thing in the city of Seattle. Hmm. That’s interesting.

There’s quite a bit of jibber-jabber. But pretty much the same thing. That this is a power play by the Service Employees International Union, that it flaunts the most basic economic principles of supply and demand, that it is going to hurt the young, the newly immigrated and the unfortunately unskilled, that it will corrupt businesses on the margins of the law into gaming the system, that it will raise prices for consumers, increase unemployment and ripple unintended negative consequences throughout the city of SeaTac even in non-airport businesses.

There is moral indignation. I notice quite a few “tweedy” editorial page editors are concerned about the “government” (you mean, the voters) interfering where it oughtn’t. And the hand-wringing about the fairness of uninformed voters committing an outrage on small business owners in a way that will come back and bite them in the buttocks. Tell me about it.

It’s possible, even probable, that all of this is going to happen. Some businesses will pull out of the airport. Product selections will shift to items with a higher margin. Some hotels around the 100-room limit will close off rooms to get out of the law’s reach. Some of the rubber nachos and super-sized Budweiser prices in the veal pens of the passenger gate areas are going to go from eye-popping to just plain surreal. It will be almost like CenturyLink Field. Almost.

But other things are likely to happen, too. And I don’t see very many people talking about that.

Employers will have to switch to models where employee productivity and performance are more easily measured and simply more valuable. There will be increased competition for those jobs. If you have a business where talent and skill will make you money, then you can leverage that competition. If businesses continue to model their product and service on commodified unskilled labor, the only thing they can do is raise prices to offset costs. In the absence of competition within gate areas, that’s the likely outcome. But where there is competition, look out.

Sole proprietors who operate their own business will have a real leg up on chains. Jo-Jo’s Java kiosk, run by Jo, now has a chance against Starbucks. The same will be for restaurants with fewer than 10 employees which are exempt. If McDonald’s pulls out of the airport, it will be replaced by a sole-proprietor. I don’t see that as a bad thing in any respect.

But McDonald’s won’t pull out of SeaTac any more than the McDonald’s in Lewiston, Idaho, with a $7.25 minimum wage will sell its Happy Meal for less than the McDonald’s just across the Snake River in Clarkston, Wash., where the minimum wage is $9.19. That result was confirmed nationally in a rigorous study this year by the University of Chicago. Of all the objections to raising the minimum wage, the most spurious is that it will raise prices or increase unemployment. Real life data just doesn’t support that religion.

And employers will find out, maybe, just how expensive turnover is. The concept that people are not meant to stay long at minimum wage jobs flies counter to the low labor cost model of some of these businesses. When unemployment is low, turnover in minimum wage business is extraordinarily expensive.

But the main effect will be seen on the car lots and retail floors of SeaTac. That money will not be invested in eastern Europe-focused global growth mutual funds. That money, that extra $5 an hour, will fly like the wind into car dealers and retailers. People who can’t afford to go out and eat will go out once or twice a month. People wrecking their feet in Skecher non-slips will upgrade to Danskos. And maybe Sunday nights will see a steak on the table (and a Webber to barbecue it with) instead of the usual curried potatoes.

I think the people making $15 will spend every dime they make. And they will spend the lion’s share locally. For this to be an economic negative, the 60 percent increase will have to be offset by a 37 percent decrease in employment. Not going to happen.

I hope we get a chance to see this experiment. To see all of it, both the bad and good. Hmmm. What if it actually works pretty well? I think some people would really, really hate that.

OK, so back to tradition, tolerance and compulsion in a free society. ZZzzzzzzzzzzzzzzz …

PREVIOUSLY, IN THE MUD