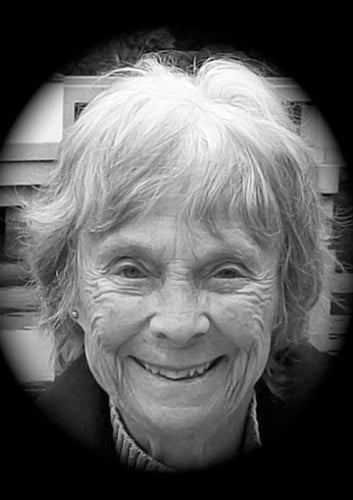 June 6, 1928, brought a very special person into the world, and Oct. 23, 2013, brought her generous spirit to the great garden of heaven. How fitting that she was dancing at the Sun Valley Jazz Festival an hour before her stroke.

Born to Leora Valentine and Lloyd W. Doty, in Champaign, Ill., Margaret (Marge) grew up in West Seattle, attended the University of Washington, and joined the Sigma Kappa sorority, where she met “the catch of Capitol Hill,” William Patrick Stanley. After working as an assistant to the vice-president of Seattle Gas Co. and at Boeing, her career switched to that of wife, mother of Laura, Susan, and Pattie, and volunteer. She taught Sunday school, was active in Ryther and the PTA, was a Camp Fire Girls and Head Start leader, as well as an art docent.

Marge moved to Sun Valley in 1973 where she opened the Sage Hen Gallery in Ketchum, Idaho. She lived briefly in Winthrop, returning to Mercer Island in 1985. She loved Mt. Rainier, tennis, gardening, hiking, skiing, walking, baking, reading, doing crosswords, and cheering on her Sonics, Mariners, Huskies, Seahawks, and Islanders.

Known as “Grandma Marge” to her preschool students, she taught for many years at Sunnybeam School on Mercer Island. She and her beloved companion, Charles (Chuck) Howe, enjoyed their travels together, particularly as “Swallows” to Cowichan on Vancouver Island, to play on grass tennis courts, as well as to Sun Valley as “Ancient Skiers.”

A celebration of life will be held Friday (Nov. 8) at 11 a.m. at the Mercer Island Presbyterian Church. All are welcome. In lieu of flowers, remembrances may be made to Ryther or charity of choice.