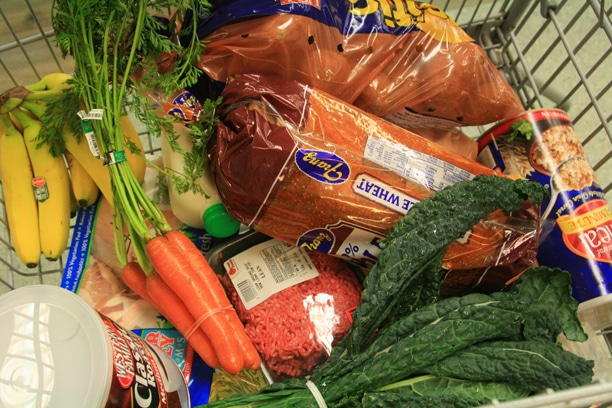 Even before her food stamps benefits were cut by $20 a month starting last Friday (Nov. 1), one single mother living in the Methow Valley said she often ran out of money by the end of a month.

Although she carefully tracks her food expenses, marking what’s left in her food budget on the calendar, there was one month last year when she had to go to The Cove food bank in Twisp to supplement her family’s diet. She also sometimes has to use a credit card, which is nearly maxed out, to charge groceries.

Food stamp benefits – officially known as SNAP, for Supplemental Nutrition Assistance Program – were cut by about 10 percent as of Nov. 1, when a 13.6-percent increase in benefits that was part of the 2009 federal Stimulus Act expired.

Most cuts are about 10 percent, but the SNAP allocations are calculated by the U.S. Department of Agriculture (USDA) based on the average cost of foods in June of each year.

In Washington, 600,000 people (16 percent of the population) receive food benefits (compared with 15 percent nationwide), more than half with children, but in Okanogan County about 28 percent of residents receive food assistance.

Even at the old benefit of $367 a month, the threshold between making it to the end of the month or running out of money was so thin that just a day or two could make all the difference for the single parent who talked to the Methow Valley News on the condition that her identity not be revealed – as did the other local residents quoted in this article.

“The long months – months with 31 days – are always hard,” she said. Now, with only $347 per month to buy food for herself and her child, she expects to drain her food budget (and eat more pasta) more often.

“Unusual” circumstances (which would be ordinary to people with more disposable income) such as needing to replenish staples such as flour and sugar can easily push someone over the edge. One food stamp recipient said that having to move to a new apartment last year was a big setback because he had to stock up on basic supplies and ended up at the food bank several weeks in a row.

Small changes can also help stretch food dollars. Another food stamp recipient said that a trip to see her family – despite travel costs – left her with extra money in her food account because she didn’t have to buy food during the visit. Some SNAP recipients are still benefiting from a garden, ahead both in vegetables, which are typically an expensive luxury, and in cash.

People who want to eat a healthy diet have a particularly hard time getting by on SNAP benefits. “If you want to eat a certain way – eat organic, eat grain-fed beef – that’s not an option if you’re on food stamps,” said one recipient.

“I still make sacrifices about foods I can and can’t eat,” said another woman, whose food-stamp allotment is just $3 a day. She relies on bulk carbohydrates like bread and potatoes. “It’s not possible to do this and live a healthy lifestyle,” she said.

The Food and Nutrition Service, a branch of the U.S. Department of Agriculture, bases the SNAP benefits on the Thrifty Food Plan, intended to be a “national standard for a nutritious diet at a minimal cost.” In addition to the Thrifty plan, there are Low-Cost, Moderate-Cost and Liberal food plans.

While the Thrifty Food Plan is not specific about meals or individual foods, the calculations used in the plan expect a person to spend from $1.70 to $2 per meal, meaning that the benefit cuts could amount to 21 meals per month for a family of four, according to an analysis by the Center on Budget and Policy Priorities. The USDA found that the Stimulus Act boost to benefits reduced the number of households who had to skip meals by 500,000 each year.

SNAP benefits can be used for food items, including snack foods and soft drinks, but not for beer, wine or liquor; or pet foods. Other necessities such as soap and cleaning supplies and paper products also cannot be purchased with food stamps.

A January 2013 assessment of the adequacy of SNAP benefits by the Institute of Medicine and National Research Council (commissioned by USDA) found that “participants who live in locales with higher food prices find it difficult to meet their needs with the current benefit.” The study also found that most participants in the program do not have as much time as envisioned to prepare healthy meals from scratch.

Following the sample guidelines in the Thrifty Food Plan for whole grains, dairy and cheese, meat and fresh produce, pricing a food basket of low-cost, but healthful, foods at local grocery stores – including sale items – easily exceeded the $47.25 maximum weekly benefit for one adult.

Eight bananas and four apples met the weekly allotment of five pounds of fruit for an adult at a cost of almost $6. The sample plan allows 2 pounds of potatoes (a special on 10 pounds for $2.99 meant this would go a long way), and about 1 1/4 pounds each of dark green and orange vegetables, which provided for two bunches of kale and six carrots, which cost about $7.

Although people who get services from Room One and The Cove have been concerned since they received letters about the reductions over the last few months, just five days into the new month, most have not felt the impact yet, according to Erin Flahive, Room One’s Client Services Coordinator.