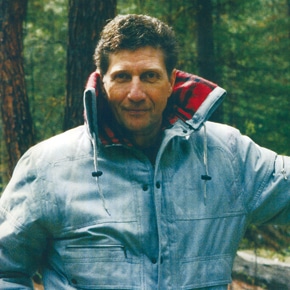 Jack L. Werremeyer, 77, passed away Sept. 20, 2013, in Wenatchee following a battle with cancer. He was born Jan. 19, 1936, at Fort Scott, Kan., to Erma and Marvin Werremeyer. He moved at an early age to the Yakima area where he graduated from Moxee High School. After serving in the U.S. Marine Corps he returned to Yakima to work construction with his older brother Leon. Jack was truly a “jack of all trades.” Besides construction he worked as a hairdresser, large equipment mechanic, teacher and pawn shop owner.

He moved to the Methow Valley with his family in 1986 to take a position teaching shop at Liberty Bell High School until his retirement. His passion was playing golf and coaching the Liberty Bell golf team, which he did for many years.

Jack was preceded in death by his parents, his sister Gladys Kuhlman and brother Leon Werremeyer. He is survived by his four children, Jaci McIsaac, Jim Fry, Jessica Werremeyer and Jonathan Werremeyer; and three grandchildren, Benjamin McIsaac, Alycen McIsaac and Ayden Werremeyer.

A private memorial service will be held at a later date per his instructions.