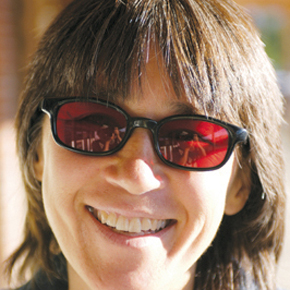 Hi, and also goodbye because this is my final dispatch from the teeny, tiny, toony town of Carlton. After nearly 18 years it suddenly occurred to me that I don’t ski and winter is long and cold and I could actually choose to live in slightly more temperate climes because I am totally the boss of me. Please don’t tell my real boss (Marilyn).

The Carlton news naturally began out of desperation, back in the days when the Talk of the Town columnists only wrote from Twisp, Winthrop and Mazama. I showed up and declared that the lower valley needed representation and began lobbying, begging and pleading for someone to take it on, but no one would, so I did, with weird results. Obviously it’s been a very embarrassing venture and I’ve spent the last decade or so ignoring my own self and, except during the actual moments of typing it up, pretending it doesn’t really exist.

Loyal readers from across the planet will probably be wondering how they will know what isn’t going on in Carlton anymore, but fear not. Because whatever you think is or isn’t happening in Carlton, you’re probably right. All that oddity swirling through your brain at any given moment is the same thing as the Carlton news. You could write it yourself if you just sat yourself down in front of a gaping white rectangle that someone is demanding you fill up with words. Like this.

So, we’ve had some good times, Carlton. You’ll always be the little town I lived in and wrote about for unknown reasons, and that’s special. I wanted you to get a skyscraper, but of course changed my mind after 9/11, and was ready to settle for a Ferris wheel or even a park bench. You gave me neither, and I just can’t wait around any longer. I do appreciate the shiny new store, though.

Thanks everybody for reading the news from Carlton and for your random invasions into my personal space at the Farmers Market, on the streets of Twisp and various other venues with those panic-inducing words, “Are you Sue?” Also for the emails you’ve sent over the years expressing both joy and disdain on any given week. All have been inspiring, appreciated and properly mocked. Ya’ll are great.

In two weeks I start my new job at the Northwest Asian Weekly in Seattle’s International District, because, well, just because. It’s across the street from Hing Hay Park, which has a ping pong table. That’s all I know about it so far. I’ll be living in my car.

Also, if anyone wants to rent the top half of a not-so-beautiful-but-totally-functional house in Carlton for the winter email me here.

There, I think I just set the record for the biggest classified ad to ever appear in this paper. OK bye.