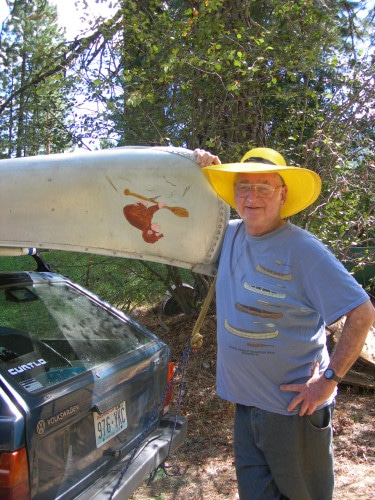 The NOAA weather people had it right on Sunday: heavy rain, possible lightning and thunder after 8 p.m. From the beginning of the day to sunset it did not look as though it would happen. There was a fat moon at 8 p.m., but the sky was clobbered with clouds shortly after, and around 10 p.m. things changed into a high wind and heavy rain, with donder and blitzen lighting the sky and even some hail here in West Boesel. Always exciting, followed by a remarkable cool-down in temperature. Now on Monday morning the sun is shining again.

After a brief hiatus from the yellow jackets during the week, they emerged Sunday evening, lots of them vying for a piece of cheese or a swig of beer.  Maybe it’s their last buzz of the season as the temperature cools and we are but days from the equinox.

The rumor mill produced one that claimed the bees had been bred and released by wolf-haters in the hopes that the yellow jackets would kill or drive the canids away. That will be our silliness for the week.

Midge Cross, a veteran climber and hiker, recently returned from a venture along the John Muir Trail in California. More than three weeks of hiking began at Tuolumne in Yosemite, with a total up-and-down elevation gain of 45,000 feet (the largest single gain was 3,500). She says the trail was beautifully built, but that she was the dirtiest she’d been in years on a hike.

Carrying a 35-pound pack, a third of her body weight, was at times a struggle, even though the two guides were lugging much heavier packs.  Among the contents, each participant in the permit-only venture had a bear cannister, a Kevlar bruin-proof container. They never saw a bear.

The trek began at 8,000 feet on what Midge defines as “a beautifully made trail,” and on a 1 to 10 scale she rated it an unquestionable 10 for scenery, and close to that number in difficulty. All their meals, provided by the guide service, were of fresh foods: a baguette with goat cheese and fig jam, for example, and other such provisions with no freeze-dried meals ever.

Asked why she was so dirty, she explained that it was because their camping places were bare ground every night. While there was a carpet of pine needles all around, the campsites had been used so much there was no coverage. Bathing was limited to the few high-altitude lakes with icy water, and while some took the plunge, Midge relied on a washcloth for all 21 days of the trek.

Asked about the Yosemite fire, she noted that she was four days into the hike before the smoke was visible across the mountain range.

It was not as two ships passing in the night, but sharing a portion of the trail, and going in the opposite direction, was Geoff Gode, also of Mazama, doing the entire length of the Pacific Crest Trail – from April through August, a total of 129 days. Gode’s venture will be more detailed elsewhere in this edition of the News.