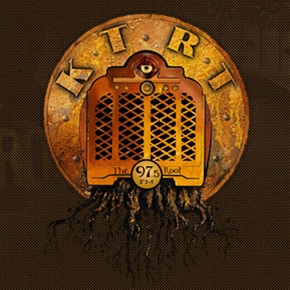 Even the most sophisticated broadcasting technology cannot withstand a direct lighting strike. Local radio KTRT relied on an unorthodox system, but it worked for almost eight years, until it succumbed in a thunderstorm at the end of August, knocking out all broadcasts, according to station volunteer Joseph Weaver.

Since it started in 2006, KTRT – the Root – has been broadcasting from a studio on property between Winthrop and Mazama owned by station general manager Don Ashford. Using an ingenious system developed by Don’s son Dov, which converted analog signals to digital and sent them via a series of radios to Winthrop and then on to Twisp, the station broadcast to the valley and beyond from a transmitter on McClure Mountain, according to Don Ashford.

After signal problems earlier this summer, the station had managed to keep broadcasting via a laptop computer set in a cargo container on McClure, but when the container was struck by lighting, even that temporary fix was broken.

K-Root had already signed a letter of intent to move its studio to TwispWorks early next year, after renovations to the North Warehouse were complete, but the need to reconfigure the transmission technology has made the move more urgent. The station is currently planning to relocate to a temporary studio on the TwispWorks campus in the next week or two, where they can transmit signals directly to McClure without needing to go through multiple wireless points, said Weaver. Their plans are on an accelerated schedule as they try to get to McClure before the snow does.

The Root has launched a campaign to raise $20,550 to purchase new equipment, including microwave units and antennas, computers and software, and other materials for the TwispWorks studio.

They also hope the infusion of cash will allow KTRT to grow, by increasing its range and stability. They plan to involve more people in running the station, including local students. “As far as small independent stations go, we’re a shrinking breed,” said Ashford.

Troubles with K-Root’s transmissions earlier this summer had temporarily silenced the station’s regular programming, original shows created by a dozen DJs, including The Cellar with Dan and The Secret Location with Yogi, two of the station’s longest-running shows. They were able to play blocks of music and ads, but the live shows were off the air, said Weaver.

In addition to helping the station with its website and social media campaign, Weaver has an alter-ego as DJ JoePop, broadcasting The Wednesday Evening Show for the past two years. “I was always interested in radio, but never had a chance until K-Root,” he said. “What we’re doing is rather rare in this day and age of commercial radio.”

The station is holding a “Give a Hoot! Grow the Root!” fundraiser and selling KTRT Founder cards to people who donate $97.50 (they broadcast from 97.5 FM). The card entitles donors to “bragging rights, special invitations to events, discounts from a variety of local merchants, giveaways, and our eternal love,” they promise. Donations can also be made in other amounts.

The Give a Hoot! fundraiser is Friday, Sept. 27, at 8 p.m. at the Twisp River Pub, with music by Ramblin’ John and Okan Annie and by Danbert Nobacon; dance by Special K; spoken word with Din Mutha and Curious Lightning; and a dance party emceed by DJ Bullfrog, DJ Special K and Noah Constrictor. Admission is by donation.