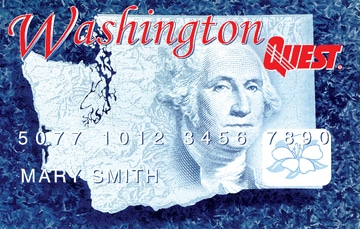 Although she has helped at food banks for decades, just one week of trying to exist on the average food stamp benefit – $4.22 a day in Washington – gave Mary Ann Kirkland troubling new insights into people’s struggles to get enough to eat.

“You can understand and be sympathetic but, until you feel hungry, it’s a different feeling,” she said.

Kirkland was one of eight people in the Methow (and two dozen around the county) who signed up for the SNAP Challenge, an exercise organized locally by the Okanogan Community Action Council to help people understand what it’s like to live on the average benefit from Washington’s Supplemental Nutrition Assistance Program (hence, “SNAP”). The challenge is part of a nationwide effort to raise awareness about the lives of low-income Americans.

Rather than buying the week’s groceries from scratch, Kirkland diligently calculated the value of everything she ate, even if it was already in her cupboard. Doing the math meant some serious cutbacks – to fit within the SNAP budget, she had to pare down her daily breakfast of yogurt, fruit and granola by dividing a single quart of yogurt into seven portions (she usually eats more than two quarts in a week).

She decreased her fruit, counting out individual blueberries, and had to restrict herself to a tablespoon of granola. Even the two cups of coffee she drinks each day were affected – Kirkland found she had to make weaker coffee to avoid exceeding the cash limits.

Kirkland, a petite woman, said she was so hungry that she became fixated on food and lost three pounds in the course of the week. “It was very, very difficult. I tried to eat healthy food, which costs more but has fewer calories,” she said. She said she wanted to show that it is not possible to eat a healthy diet on just $29 a week.

While the experience was eye-opening for people who agreed to try it for a week, the participants acknowledged the luxury of knowing they could reclaim their carefree approach to food after the week was over.

Faith Wakefield-Mills knows what it is like to be on a restricted food budget all the time. She gets even less per day – just $3.60 – and relies on carbohydrates like bread and potatoes to fill up. “That’s the only way to do food cheap,” she said. “You don’t need a lot to feel full – it goes a lot further than a big head of broccoli.”

As an AmeriCorps VISTA volunteer at Community Action in Okanogan, Wakefield-Mills is paid a stipend equal to the poverty level in the county. Even though she contributes some of her income to buy food, Wakefield-Mills said she makes regular sacrifices.

Another food stamp recipient who declined to be identified said she and her husband wouldn’t survive without the $300 monthly benefit. They rely on “cheap, filling things” – pasta with sauce, hot dogs, ground beef, and sandwiches with lunch meat. “Fresh fruits and vegetables are awesome, but I can’t afford them. The food bank is my best friend,” she said.

They try to plan meals a week ahead and stock up when there is a sale. “You may not have an idea of what you’re going to do with it, but if you stock up, you have it when you’re low on food,” she said.

The SNAP Challenge was indeed a challenge for Lael Duncan, the executive director of Community Action, even though she learned to eat inexpensively when she lived on food stamps while raising a family. “I really had my consciousness raised, even though I’m in the field,” said Duncan.

Because Duncan was traveling during the week, the experience gave her additional insights into the circumstances faced by many people who live in poverty. “It kind of mirrored the conditions of people receiving food stamps who don’t have stable kitchen facilities,” she said.

Moreover, while rationing yogurt, olive oil or other staples was enlightening for those who participated in the Challenge, many people never have enough cash to buy these foods in the first place, said Duncan.

“If you’ve had the rug pulled out from under you, you may not have a pantry with spices or basic ingredients like vinegar, sugar or cocoa. Preparing tasty meals becomes more of a challenge if you have to start buying all the ingredients,” she said.

“A lot of times I have to make up for lack of funds with a lack of convenience,” said Wakefield-Mills, who tries to bake her own bread to save money. But for someone who works 40 hours a week or more and has a family, finding time to cook can be tough, she said. Finding the lowest prices is also time-consuming – she makes the rounds of area stores to get all her groceries.

Glenn Schmekel, executive director of The Cove food bank, also took the challenge. “I was able to keep within the amount by not doing certain things,” he said, but it altered his lifestyle. “I went to Winthrop and it was hard. I really wanted an iced mocha or a waffle cone, but I had already spent my money.”

Food benefits to be cut

In Washington, 1.1 million people, or 16 percent of the population, receive food assistance. But in Okanogan County, the percentage is much higher, with almost 10,000 served by the program – a quarter of the county’s population, according to the Department of Social and Health Services.

The state’s food stamp benefits (called Basic Food)range from a $200 maximum for a one-person household to $668 for four people. Additional help comes from food banks (which are not funded by Basic Food but receive donations from other sources). The Cove, one of eight food banks across the county, provides two bags of food to about 75 households each week, said Schmekel. The county’s food banks serve a total of 5,000 families annually, said Duncan.

The nutrition assistance program is also at the center of a squabble in Congress. The funding has long been included in the Farm Bill, but this summer Republicans in the House of Representatives stripped the food stamp program from the bill for the first time since 1973. These representatives have wanted to separate farm subsidies and the nutrition program (which accounted for 80 percent of the cost of the Farm Bill) for years, according to one of the bill’s main sponsors.

The cost of the federal nutrition program has doubled since 2008, from $40 billion to $80 billion, as people struggled during the recession, according to the Wall Street Journal. The House is expected to consider legislation this week that would reduce the cost of the program by $4 billion annually, tighten eligibility standards, and allow states to impose new work requirements on recipients. A bill passed this summer by the Democratic majority in the Senate cuts only $400 million from the program.

Even without the Farm Bill squabble, people who are already struggling to get by on $29 a week will see a 10-percent cut in November when a temporary increase in food benefits, part of the 2009 stimulus act, expires.

“People are very, very concerned because they don’t know how they’re going to eat,” said Kirkland.